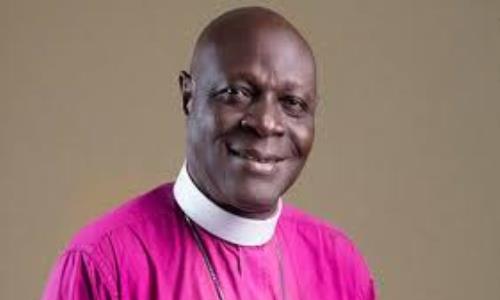 The Bishop of Ekiti Diocese of Anglican Communion, Rt. Rev. Christopher Omotunde, has called on the Ekiti State Government to enact a law that will attract maximum punishment for anyone convicted of rape or child abuse.
The cleric made the call at the weekend during a sermon at the burial ceremony of Chief Thomas Olonisakin in Igbemo Ekiti.
Omotunde said such laws would put an end to wanton abuse of children and women in the state.
The Bishop lamented the rate at which minors are being violated in the country.
He said such acts should be condemned in its entirety.
He urged the Ekiti State Governor, Dr. Kayode Fayemi, to encourage the state Assembly to come up with a law on capital punishment for rapists so that other states can also follow suit.
Rev. Omotunde, who hailed the child rights and the gender-based violence laws of the state, said a more strident penalty must be meted out to sex offenders in order to stem the ugly trend.
Omotunde, in a direct appeal to Fayemi, who was in attendance at the burial service, said: “I want you to push it to the Assembly to legislate capital punishment for those who abuse children, for those who rape either young children or adult.
“We want it, we want sanity, you have started it, I want you to push it until it becomes law for us here.
“And what can make life comfortable for our women, unfortunately, I’m a man, but most of our men abuse women, they misuse them, I’m not saying equality now, but there must be a measure of respect for our women in the society.”
Omotunde commended Fayemi for his efforts at ensuring that Ekiti becomes safer for investors through collaboration with the security agencies and the traditional institution.
He stressed the need for more development projects from private sector that will complement all the efforts of government aimed at bringing more development to the state.
He said: “I pray that the security policy the government is trying to make will work for us in Ekiti State because if there is security, people will love to come to the state.
“We pray that the move you are making towards security in the state to attract people to come and invest will be possible for you in Jesus name.”