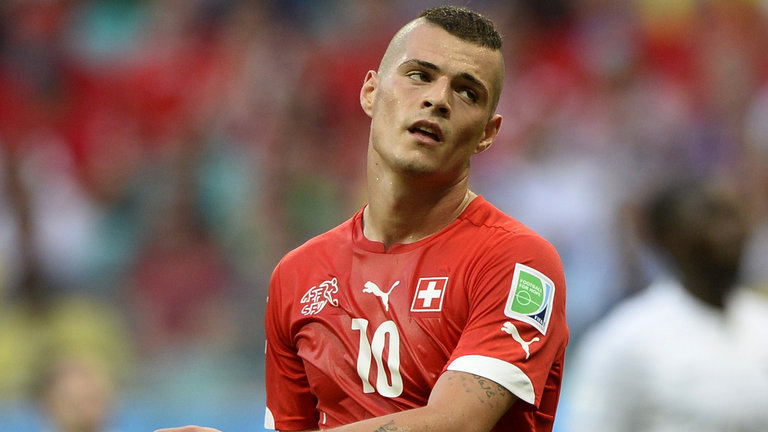 Arsenal have announced that they have agreed to sign Borussia Monchengladbach midfielder, Granit Xhaka, on a long-term deal.
It had been reported over the past two weeks that the Gunners were in negotiations with Xhaka ahead of a switch to the Emirates Stadium.
The North London outfit have now confirmed that the Swiss international will link up with the club after Euro 2016 for an undisclosed fee.
Manager Arsene Wenger told the club’s official website: “Granit Xhaka is an exciting young player, already with good Champions League and Bundesliga experience.
“We have been watching him for a long time now and he is a player who will add quality to our squad. We wish Granit a good Euro 2016 with Switzerland and look forward to welcoming him to Arsenal ahead of next season.”
The 23-year-old made a total of 132 appearances for the Bundesliga outfit, scoring eight goals.