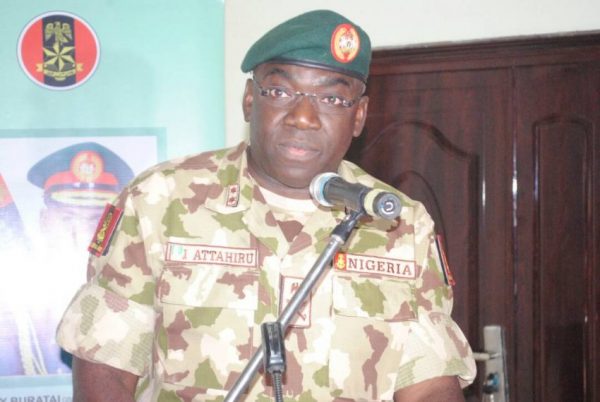 A 40-day prayer was observed for the repose of the soul of late Chief of Army Staff, Lieutenant General Ibrahim Attahiru, and other officers who died in the ill-fated Beach Craft King Air 350 crash in Kaduna on May 21.

The prayer was led by the Army Director of Islamic Affairs, Brigadier General Shehu Mustapha.

Mustapha prayed for the souls of the departed to find eternal rest and also consoled their families.

He said Nigerians should understand that every soul must taste death at some point, hence the need to always live right with God.

Mustapha said the significance of the prayer was to remember the departed Chief of Army Staff and other officers who died with him as well as seeking Allah’s forgiveness.

He said the event was also used to pray for peaceful co-existence among Nigerians and for God to grant victory to the troops fighting in various fronts.

He said: “We also used the opportunity to pray for their families, our Service Chiefs and all Nigerians for peaceful coexistence.

“We also sought God’s intervention in the security challenges that we are facing and we asked him if it is sin that we have committed that is making us to have difficulties, we asked him for mercy and forgiveness.

“We used this opportunity to pray for our leaders for Allah to continue to protect them and give them divine guidance to move the country forward.”

Also speaking, the Chief of Army Staff, Major General Faruk Yahaya, said it was solemn to pray for the repose of the soul of the late army chief and other officers who died in the unfortunate crash.

Yahaya said the prayer was to show that the departed souls were still in their minds and to continue to identify and sympathise with their families.

According to him, the prayer is for them and all other military and civilian personnel who have paid the supreme price in the course of defending the nation.

“We also prayed for the country, the military and all other agencies that are fighting for the nation’s security and we pray for Allah to answer our prayers,” he said.

Also in attendance were the wives of officers led by the President, Defence and Police Officers Wives Association, Victoria Irabor.