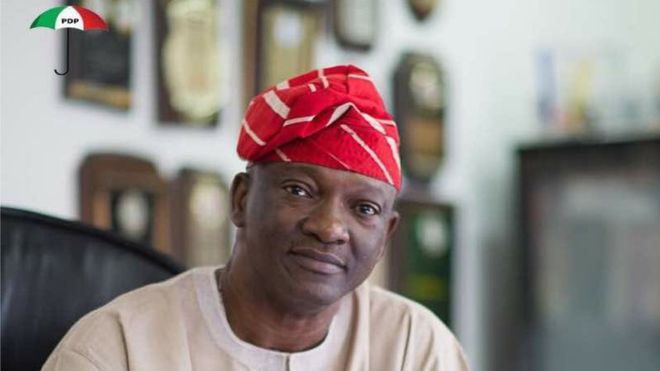 Jimi Agbaje, the Peoples Democratic Party governorship candidate in Lagos State, has stated that the ruling All Progressives Congress is the problem of Lagos State.

The PDP candidate, whose massage of freedom and democracy continues to appeal to both the young and other categories of voters in Lagos, has described the APC as the troubler of the people of the state.

According to Agbaje: “The ruling party in Lagos State is not the solution, it is the problem.

“And I say this with all sense of responsibility because this truth is already in the public domain, if you are in doubt, conduct a poll.

“Let’s say it as it is. Lagos has been under their thump for nearly twenty years.

“Some of you may think there is no problem with that.

“But let me tell you what you should have a problem with, the absence of democracy and freedom.

“You should be able to choose those who are good for you.

“You should have a government that cares about the majority, about the taxes, about the many levies, about our children’s education, the terrible traffic and about our sick health care sector.

“When last were we heard?

“Lagos is not what it used to be.

“But this tyranny has to end, join me to end this joke.

“I choose the people; I am also asking you to do the same thing.