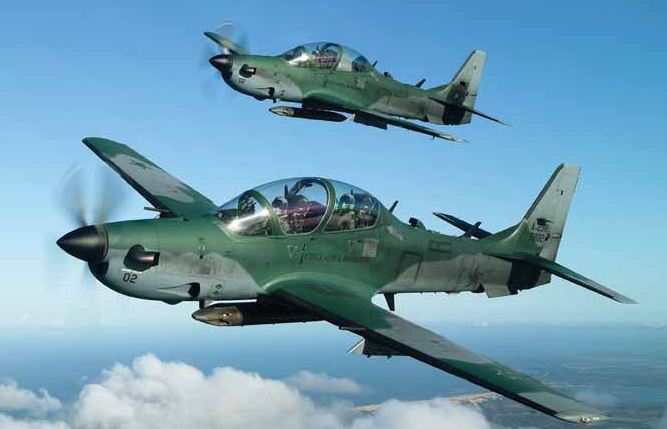 Troops of the Nigerian military in Nigerian Air Force attack jets on Sunday foiled an attack by Boko Haram terrorists in Mainok community in Borno State.

The ISWAP and Boko Haram elements, PRNigeria gathered, rode on dozen gun trucks, and attempted to dislodge a military base, after invading the community in Borno State.

“They had attempted to overtake and dislodge a military base through Dogon Karfe in Mainok, but met stiff resistance from the dogged ground troops before the arrival of NAF Jets,” a military source said.

He added that some terrorists are currently trapped inside Mainok town for fear of air strikes.

According to the source, the NAF jets, which could not rain missiles on the insurgents, have been hovering in the air for hours to avoid collateral damage.

It was gathered that some ISWAP fighters, on sighting the military jets, fled to Mainok primary school to escape air troops’ strikes and burnt a police station out of anger.

However, those who escaped fled to their camp around Lawan Mainari axis.

Meanwhile, PRNigeria gathered that with the ferocious activities of terrorists coming after attacks on Kumuya, Buni Gari and Geidam in Yobe State, the Nigerian Air Force has deployed its Intelligence, Surveillance and Reconnaissance platforms for :eye in the sky”.