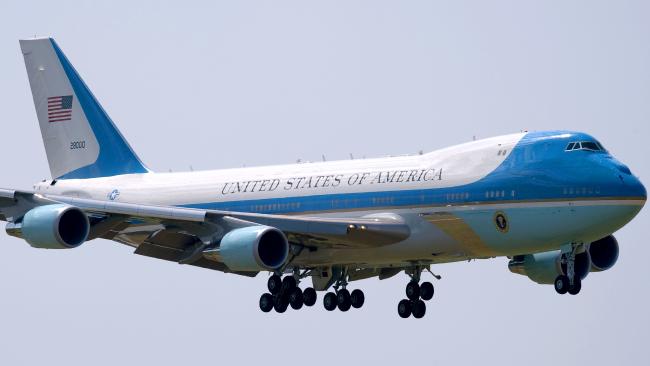 The refrigerators in the US President’s plane, Air Force One, are being upgraded with the sum of $24 million.
The contract for the upgrade by the new government has been awarded to Boeing, Washington Post reported on Sunday.
The US Air Force will pay the aeronautics behemoth $23,657,671 to replace two of the five chiller units on the plane.
The units, which are used to store food, were installed on the plane when it was originally delivered in 1990.
The plane now needs additional cold food storage space “to support onboard personnel for an extended period of time, without having to restock while abroad,” Air Force spokeswoman Ann Stefanek said in an email.
“The [old] units were based on the technology at the time and designed for short-term food storage,” Stefanek said.
“Although serviced on a regular basis, reliability has decreased with failures increasing, especially in hot/humid environments. The units are unable to effectively support mission requirements for food storage.”
The new refrigerator units will have nearly 70 cubic feet of storage space, she said.
The $24 million will also cover the cost of testing and certification by the Federal Aviation Administration, according to the contract.
Work related to the upgrade will be carried out in Oklahoma City, San Antonio and other cities, and the work is expected to be done by the end of October 2019, the contract stated.
The high-cost upgrade was first reported by Defense One, which detailed the unique needs of the presidential aircraft — the plane reportedly needs refrigerated storage space for about 3,000 meals — as well as the White House’s and Air Force’s strict requirements for “bespoke equipment” when it comes to Air Force One.
The project has started attracting comments as many social media posts condemning the project.
Michael Coates tweeted: “So they want to spend $24 million on new refrigerators for Air Force One …. Why don’t they just give Trump an ice chest and some corndogs? Let him rough it.”
#WomensMarch2018 also tweeted: “I think that’s how Cartel people launder money New refrigerators on Air Force One will cost taxpayers $24M.”
Charlotte Clymer complained and said: “Let me put this in perspective: “The DoD estimates that $8 million is the total annual cost for transgender service members’ healthcare. That’s the high end.
“Trump is seeking a ban based on cost.
“Trump is spending $24 million on a new fridge for Air Force One.
“See the problem?”