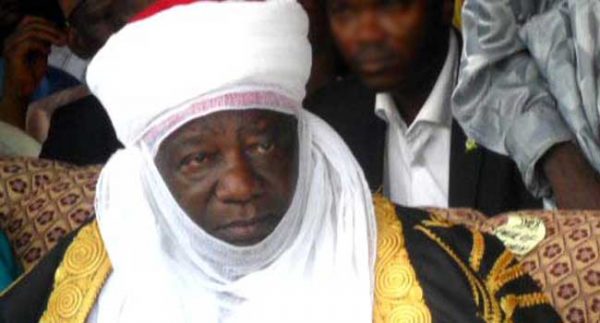 Share
Facebook Twitter LinkedIn Pinterest Email
Governor Abdulfatah Ahmed of Kwara State has rejoiced with the Emir of Ilorin, Alhaji Ibrahim Sulu-Gambari, on the celebration of his 23rd coronation anniversary as the 11th Emir of Ilorin.
In a statement signed by his Chief Press Secretary, Abdulwahab Oba, Ahmed said the reign of the Emir on the throne of his forebears had attracted numerous growth and development to Ilorin and the entire emirate.
Governor Ahmed, who saluted the fatherly role of the monarch in maintaining and strengthening peaceful coexistence among residents in the emirate, said: “Over the years, the unique qualities of the Emir has contributed immensely to the promotion of peaceful co-existence among the diverse ethnic groups in Kwara State.”
The governor therefore, praised the courage and sincerity of the Emir for always being a father to all and urged him to intensify efforts at maintaining the peace as another transition period approaches.
The Governor prayed the Almighty Allah to grant the Marmartaba Ilory long life, prosperity, sound health, guidance and more wisdom and urged the people of the emirate and other parts of the state to jealously protect the prevalent peace in the state.
Post Views: 1
Abdulfatah Ahmed Abdulwahab Oba Ibrahim Sulu-Gambari Kwara State
Share. Facebook Twitter Pinterest LinkedIn Tumblr Email