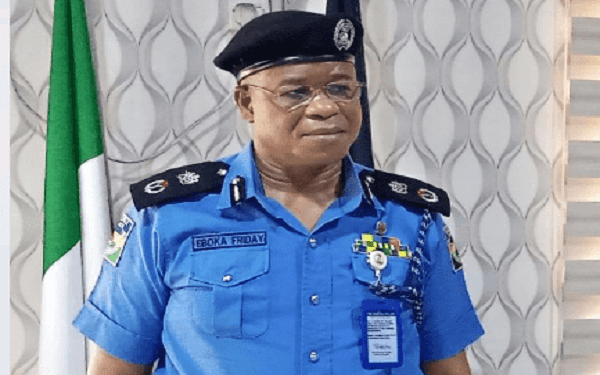 A 23-year-old man, Daniel Precious Hezekiah, has been arrested by the Operatives of the C4i Intelligence Unit, Rivers State Police Command for kidnapping four victims in the state.

The Rivers State Commissioner of Police, Friday Eboka, revealed this to newsmen on Thursday in Port Harcourt.

The four victims rescued by the police, for now, are Elder Robert Tolofofari, 78; Emiboy Trust, 35; Albert Tonworjo, 35; and Washington Hezekiah, 44.

Eboka said: “On 25th May 2022, Operatives of the C4i Intelligence Unit arrested one Daniel Precious Hezekiah, 23, in connection with the kidnap of four victims along Dutch Island, Onne, Rivers State.

“The suspect led Operatives to his hideout in Nkpor Waterside, where the victims were rescued unhurt.