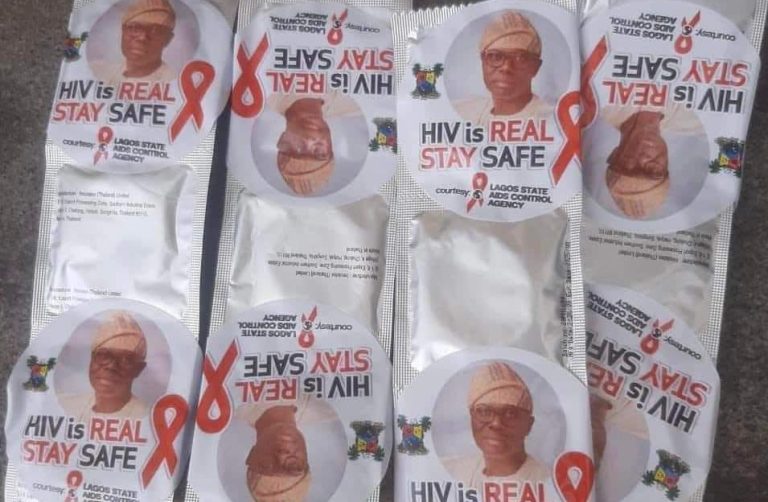 The photograph of the Lagos State Governor, Babajide Sanwo-Olu, has been branded on condoms for the 2023 campaigns.

The Eagle Online recalls that Sanwo-Olu is seeking a second term on the platform of the All Progressives Congress.

The condoms, which also carries the stamp of the Lagos State Aids Control Agency, was reportedly shared at the campaign event of the All Progressives Congress held over the weekend. 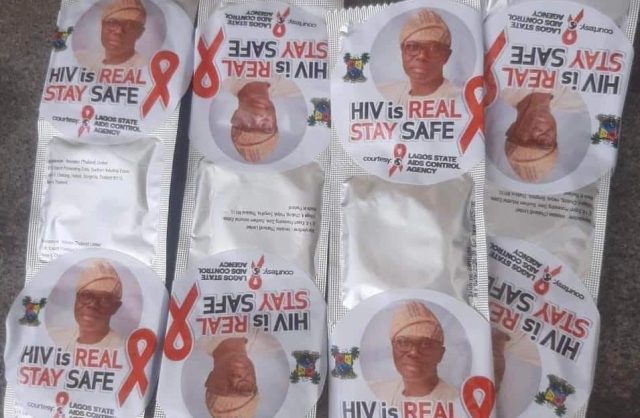 Meanwhile, the act has generated a lot of reactions from Twitter users who have berated the state governor for branding the condoms with his picture while describing it as a reflection of his desperation to win his re-election in 2023.

Others trolled the condoms as fake and substandard, highlighting general assessment of the APC-led administration at national and state levels.

Solidintent22 said: “Seeing Sanwoolu’s face on a condom can be counter-productive. Sex is for pleasure, not to get angry or hypertensive, so why have Sanwoolu’s face literally on your penis when that’s the exclusive right of Tinubu? Only in the APC can such utter silliness be found!”

@Chrisblin tweeted: “Seyi Makinde increased IGR from 400M to 2Billion in 6 months (80% massive increase). But Sanwo Olu that almost campaigned with a condom only achievement was to ask for ‘His Excellency’ to be removed from his title

@bravlyn wrote: “If you use a condom with Sanwo olu’s face on it, you deserve anything that happens in the process.”

“If you use a condom that APC is sharing, anything you see, take it like that,” another Twitter user wrote.