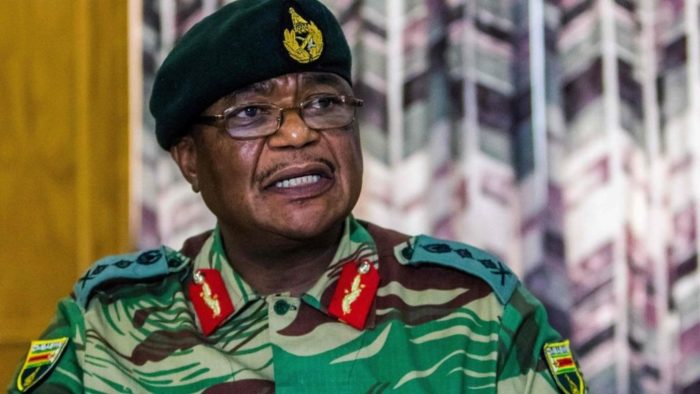 Zimbabwean army cordoned off the Presidential seat of power and Parliament Building in the capital while helicopters circled the city centre, after the military announced it had taken over control of all government institutions.
The Zimbabwe Republic Police was not visible in the streets as soldiers controlled traffic movement, while unconfirmed reports say a number of cabinet ministers and some top ruling Zanu-PF officials have been arrested.
In some instances the soldiers were asking for identification from members of the public, although the situation remained peaceful and calm with people going about their daily chores as if nothing dramatic had happened.
The UN has issued a security advisory instructing its personnel to work from home while some schools were closed and some students failed to sit for their final examinations, including at the University of Zimbabwe.
Personnel from the President’s Department have reportedly been removed from the departures desk at the recently renamed Robert Gabriel Mugabe International Airport and replaced by soldiers.
Chief of staff (quarter-master) in the Zimbabwe National Army, Sibusiso Moyo, appeared on state television early Wednesday morning.
Moyo said that the position taken by the military since the statement made by Zimbabwe Defence Forces commander, Constantino Chiwenga, Monday had reached “another level”.
He said: “Firstly we wish want to assure the nation that His Excellency the President of the Republic of Zimbabwe and Commander in Chief of the Zimbabwe Defence Forces and his family are safe and sound and their security is guaranteed.
“We are only targeting criminals around him who are committing crimes that are causing social and economic suffering in the country in order to bring them to justice.”
He did not say where President Mugabe was.
Mugabe fired his deputy, Emmerson Mnangagwa, on allegations of seeking to usurp power, in a development that had created tension in the country.
Moyo assured Zimbabweans at home, abroad and the international community that this was not a military takeover and that the situation would soon return to normalcy.
He said: “To both our people and the world beyond our borders we wish to make it abundantly clear that this is not a military takeover of government.
“What the Zimbabwe Defense Forces is doing is to pacify a degenerating political, social and economic situation in our country which if not addressed may result in a violent conflict.”
Leave has been cancelled to all military personnel who were instructed to return to their barracks immediately.
Moyo urged the people to minimise movement but said those going to work and with essential businesses should carry on.
He urged other security sectors to cooperate with the military.
He cautioned: “Let it be clear that we intend to address the human security threat in our country and any provocation shall be met with an appropriate response.”
State television was playing liberation war songs all early morning, indicating that the military was in charge of the Zimbabwe Broadcasting Corporation.
Government-controlled newspaper, The Herald, which on Tuesday did not run Chiwenga’s statement, was said to be preparing a special edition to be published later on Wednesday.
Moyo said an impending purge of civil servants by some top members of government would be stopped and the judiciary allowed to exercise its role without undue interference.