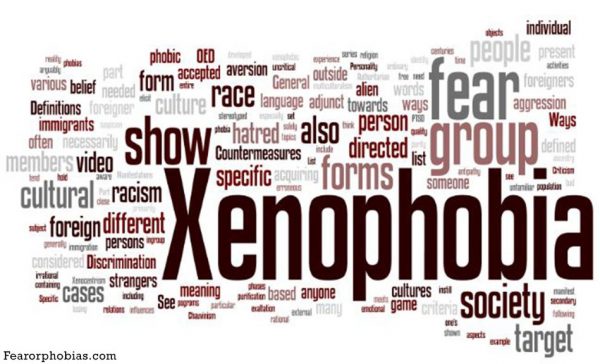 A cross section of Nigerians and Ghanaian in Europe on Wednesday urged the African Union to intervene in the escalating xenophobic attacks in South Africa.
In telephone interviews with the Europe Correspondent of the News Agency of Nigeria they condemned the attacks and described it as misplaced anger.
Dr. Lawrence Ekpo, a political analyst in Geneva, said that AU had failed millions of Africans by not adequately reacting to the attacks.
Ekpo said: “It is really disappointing that the AU at this crucial time in our continent has not done much other than a mere condemnation of reports of xenophobia in South Africa.
“As a bloc I expect it to outrightly send  a strong message to the South African government to ask it to put its nation in order or risk suspension and sanctions.”
Also speaking, Afe Adelaja, a member of the Nigerians in Diaspora Europe, who is based in Germany, said there was no justification for South Africans to attack foreigners living in their country.
Adelaja said: “They have forgotten how Nigeria, Ghana, Zambia and others helped in fighting Apartheid instead they are now waging war against their own Africa brothers.
“African migrants are not the problem. The problem lies in poverty, illiteracy, and unemployment which are rooted in Apartheid.
“The South African government ought to have addressed these challenges a long time ago.”
Adelaja also said it was disturbing that AU was yet to take a decisive action on xenophobia in spite of the rate of violence and murders committed by South African protesters.
Others, who spoke from Spain, Italy, France, and the UK unanimously urged the AU to suspend South Africa from its fold until Xenophobia is stopped.
They also urged foreign investors to divert their investments to other countries in the continent saying that South Africa was no longer safe for doing business.
“If small scale enterprises operated by Nigerians, Ghanaians, and other migrants are targeted, it then means there is no safety for big investors,” they stressed.
They also urged the United Nations to intervene in the matter as it was capable of causing reprisal attacks which could lead to crisis in Southern Africa.
It will be recalled that random xenophobia attacks have occurred since 2004 but the recent crisis was triggered by local disputes – with migrants being accused of taking jobs away from South Africans.
Many businesses owned by Nigerians have been burnt down and their owners attacked in the southern African country.