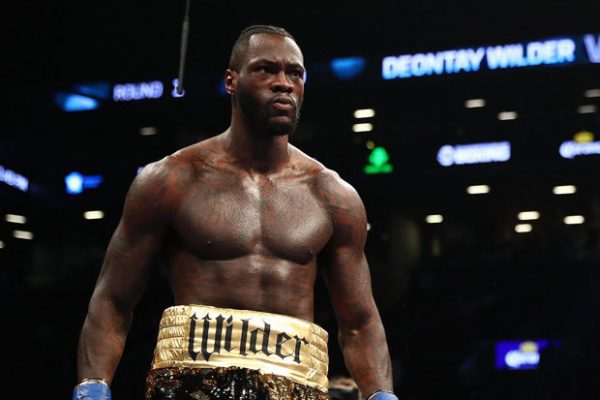 Deontay Wilder has vowed to inflict a “dynamic” knockout on Tyson Fury as he continues his mission to become undisputed world heavyweight champion.
Unbeaten WBC titleholder Wilder reiterated that his next two fights will be rematches against Luis Ortiz and Fury.
“We move onto Ortiz first and, after I whup Ortiz in a great fashion and a quicker fashion, I will come back and get old Tyson Fury, and knock him out in dynamic fashion,” Wilder exclusively told Sky Sports.
Wilder overcame adversity to rack up his 40th consecutive win by stopping the previously unbeaten Ortiz in the 10th round of their fight last year.
He then battled to an exciting draw with Fury, who sensationally recovered from a 12th-round knockdown and was eventually frustrated by the judges’ verdict.
Meanwhile the IBF, WBA and WBO heavyweight championships were taken from Anthony Joshua by Andy Ruiz Jr last month, with a rematch expected later this year.
“My time? It will come,” Wilder said. “I will be unified and undisputed heavyweight champion of the world.
“I spoke it, I believe it, and I shall receive it.”
Wilder previously said about Joshua: “It is not over for Anthony. Just because you lose, it doesn’t mean it’s over.
“Even if he loses the rematch, which I feel he will.
“I don’t think he knows how he lost. He was knocked down four times. He gave up, in my opinion.
“I wasn’t surprised [by the result].
“I was happy for Andy, for where the guy came from. Like a lot of us fighters, he was looking for the lottery tickets.
“He said: ‘mama, we ain’t got to struggle any more’.
“That touched me because we all come from some type of place. We are all trying to support our families. We are all looking for the meal ticket.
“To do that when everyone was against him is amazing.
“It was an upset for the champion but it is good for the sport.”