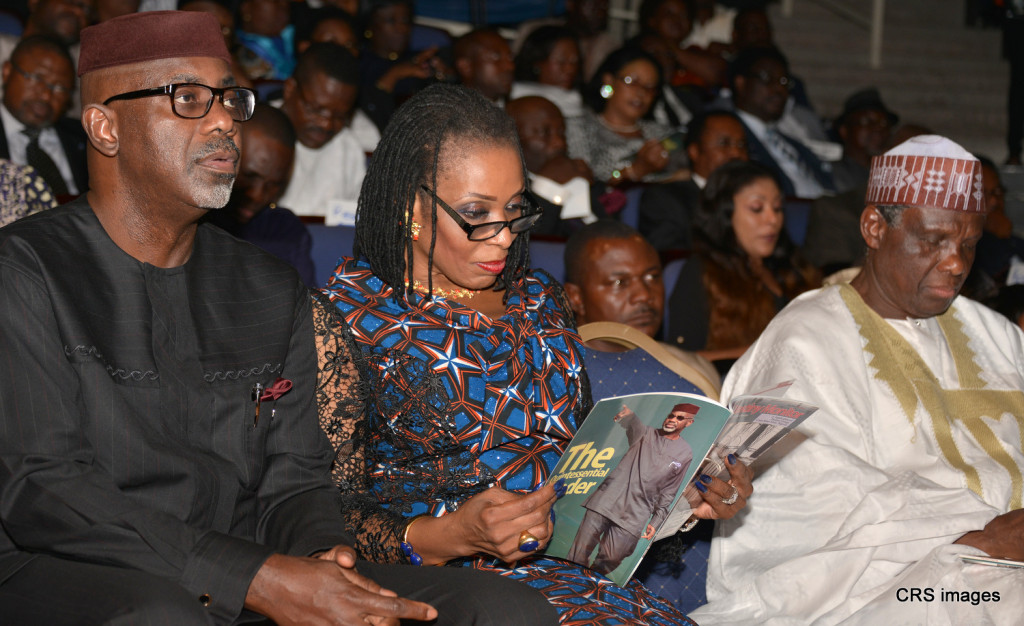 The Cross River State Governor, Senator Liyel Imoke, on Thursday offered explanations on his decision not to seek any elective office in 2015.
Speaking at a public lecture organised by Destiny Group to mark his 53rd birthday at the Cultural Centre, Calabar, Cross River State, Imoke said it is only leaders who feel insecure and looking for where to hide after leaving office that think of the next elective office while they are still in their current position.
He said: “As the end of my term as governor continues to count, I look forward to it with joy and satisfaction.
“I will leave with peace and utmost satisfaction.
“A lot of people keep asking me: ‘Oga, are you not going to contest for an election when you leave as governor?’
“I tell them that I will leave office with so much peace and satisfaction that I will not contemplate running for another office.
“It is only those who are insecure and are looking for where to hide that plot for the next office even when they are yet to serve out their current term.”
Stressing the need for leaders to build a new generation of leaders, the governor said: “I strongly believe that as leaders, if there is one thing we must do as a matter of deliberate policy, it is to build a new generation of leaders.
“If we keep moving from or running from one office to the other without creating opportunities for a younger or a new generation, then society will never evolve and there will be no purposeful leadership.”
Imoke, who reechoed the decision of the state chapter of the Peoples Democratic Party to zone the governorship in the 2015 election to the Northern Senatorial District, charged the people to look for someone who will give them purposeful leadership.
“As we collectively look for our new governor from the Northern Senatorial District, we must do so in the hope that he or she will give us purposeful leadership and development,” Imoke said.
Delivering a lecture entitled: “Leadership. Democracy and development,” the Guest Lecturer, Prof. Jerry Gana, lauded Governor Imoke for setting a benchmark and providing a template for good governance, democratic ethos and dividends of democracy, just as he urged other states to emulate the governor’s examples.
While urging leaders to demonstrate courage, even in the face of adversity, Prof. Gana said it was due largely to Imoke’s courage, focus and passion that Cross River State has today become investors’ haven.
His words: “Due to the intricacies of Nigerian politics, the state lost substantial part of its territory, Bakassi, to the Republic of Cameroon.
“The attendant consequence was the loss of its 76 oil wells to a neighbouring state.
“This in turn also affected its revenue earning from the federation account.
“The state faced the biggest challenge since its creation.
“Nevertheless, owing to Imoke’s courage and determination, the state arose out of the ashes of the conspiracy against it and became the shining light to others.
“With a federal allocation hovering between N2 billion and N3 billion, nobody gave the state a chance of still surviving today.
“But it bounced back, thanks to Imoke’s tenacity of purpose.”
Gana said at a time the state was buffeted by daunting challenges, it needed only someone like Imoke to get it out of the woods.
He said: “It could only have been Imoke with the right leadership, hunger and level headedness to have been able to surmount the odds then.
“His courage is enviable.
“His determination is uncanny.
“His focus and energy unparalleled.
“Fortunately, your state found that messiah in Liyel Imoke.
“Today, one of the greatest miracles in the Federal Republic of Nigeria is Cross River State.
“Again, this is attributable to competent leadership.
“In his seven years in office, Imoke has epitomized competence, courage and vision.
“Imoke is humble, but over and above that he is courageous.”
Describing Imoke as a Philosopher King, Gana said: “What stands Imoke out from the pack is that he is a strategic thinker.
“And as a strategic thinker, Imoke demonstrated the foresight that he could not be greater than his inner circle, which is why he is achieved all that he has achieved because of the quality of inner circles that surround him.”
In attendance to honour Imoke were the National Chairman of the Peoples Democratic Party, Alhaji Adamu Muazu; politicians across political divides; the National Coordinator of the Oodua Peoples Congress, Otunba Gani Adams; traditional rulers; and the National Chairman of the National Association of Nigerian Youths, among others.