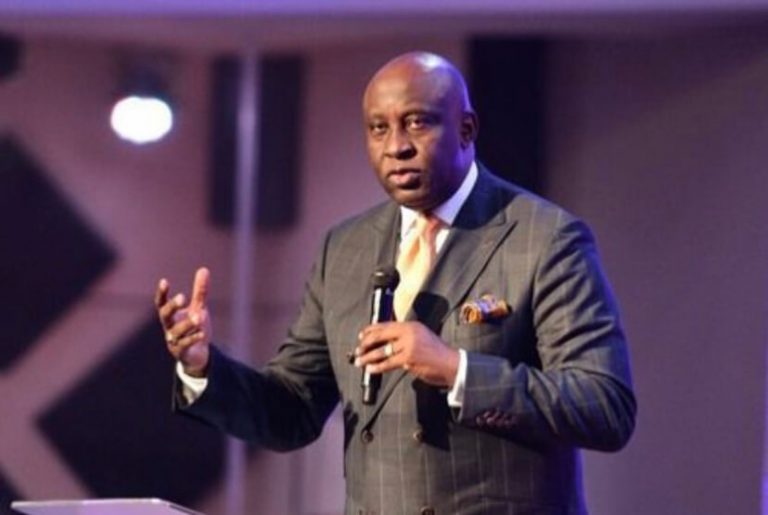 A United States of America-based Pastor of the Redeemed Christian Church of God, Jesus House Washington DC, Afolabi Ghandi Olaoye, has explained the rationale behind his decision to throw his hat into the ring to become the next Soun of Ogbomosoland in Oyo State.

The Pastor stated this in a sermon in which he explained to the congregation the factors that triggered his decision.

It was gathered that the family heads had difficulty screening the candidates for fear of being accused of bias.

The Laoye family has 10 sub-units, hence it was difficult to talk any candidate into stepping down for others since it is a once-in-a-lifetime opportunity.

The tradition recognises five ruling houses: Aboru-Maku, Gbagun, Laoye, Bolanta and Odunaro – with the throne rotating among the five in that order.

The immediate past Soun of Ogbomosoland, Oba Jimoh Oyewunmi, hailed from Gbagun family.

Since the former Soun of Ogbomoso died in December 2021, all eyes have been on the Laoye family, which is to produce his successor, according to the 1953 Soun Chieftaincy Declaration.

Addressing his congregation, Olaoye stated that God told him to become the next Soun of Ogbomosoland.

He stated that he has covenant with the blood of Jesus Christ and will not engage in any other covenant.

He said: “When the Lord spoke to me, the next thing I said was that if it is not you, make sure that the process does not go any other way.

“I am going to cut somethings, which I will on a later date give more details.

“The next thing I did was that I got into the process because I am only following God.

“There’s nothing in this world that anybody can offer me than what I have committed half of my adult life to do.

“I am not doing this because I have nothing else to do.

“I am not doing this because I believe in it with my whole heart.

“I am going to tell you today, I have only one covenant and that is with the blood of Jesus Christ.

“No other covenant will I engage in.

“I am not going to go into details of a lot of things you have seen on the social media.

“Some people said that how come I didn’t tell them.

“The reason I didn’t tell anyone is because I met with the Board and told them the whole story, which is more in depth.

“I also met with Ministers.

“So, the Board and Ministers are aware.

“I decided that I was going to speak to the Workers at the last Workers’ meeting, but we changed it because I have not been chosen.

“It was still a process.

“We were going to tell the workers when the process was over.

“I preached here last week Sunday and after service, I went to Nigeria because on Tuesday was when we are to meet with the kingmakers.

“There were 23 of us and before I entered, there were 21 people.

“On Tuesday, they picked two of us and there were four kingmakers.