Why I observe Juma’at prayer in Aso Rock — Buhari 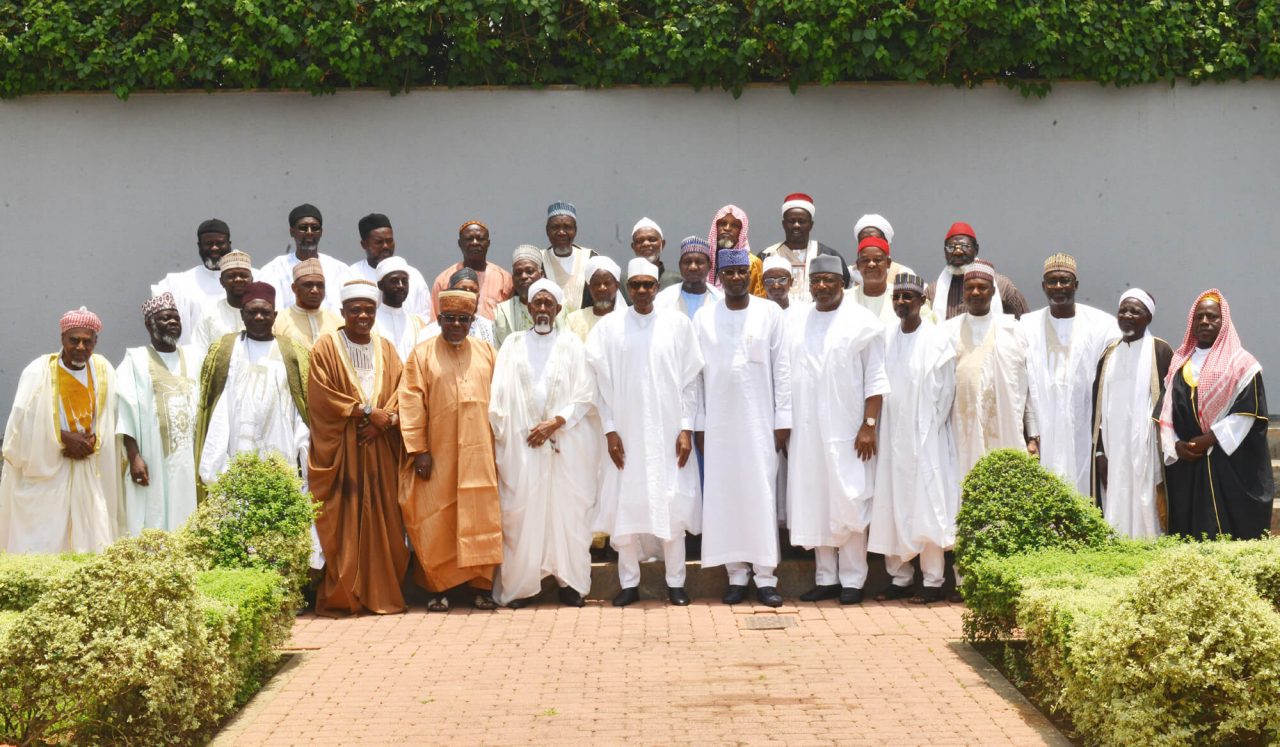 Share
Facebook Twitter LinkedIn Pinterest Email
President Muhammadu Buhari has said his decision to observe Juma’at prayers at the Presidential Villa and not the National Mosque in Abuja is to prevent the constraints and inconveniences presidential movements may cause to the people.
The President was responding to a request by a delegation of Imams and Senior Islamic Scholars from all States of the Federation and the Federal Capital Territory, led by Prof. Shehu Ahmad Galadanci, the Murshid, National Mosque, that he should observe Juma’at at the National Mosque.
Buhari said: “Regarding your request for me to be attending Juma’at prayers in the National Mosque, I implore you to note that I personally started observing Juma’at prayers in the State House in order to reduce hardships which people may pass through.
“As you all know, presidential movements require roadblocks and other attendant restrictions which could subject worshippers and other people to a lot of difficulties.”
The Islamic scholars were at State House to congratulate Buhari on his overwhelming victory in the February 23 presidential election.
President Buhari welcomed the counsel of the Islamic scholars on the teachings of the Prophet about the obligations of leaders towards their subjects and vice-versa.
The President thanked them for their prayers and support for his administration, assuring that the administration will leave no stone unturned in addressing the security challenges facing the country.
Congratulating the President on his re-election, Galadanci noted that the victory demonstrates the desire of the majority of Nigerians to ensure the continuity of the administration to the Next Level.
He prayed that Almighty Allah would grant the President the ability to continue with the “excellent work” he is doing for the country.
Highlighting noteworthy achievements of the Buhari administration in the area of security, agriculture and the fight against corruption, the leader of the group urged the President to remain focused while praying Allah to continue to give him the power to “annihilate and wipe off” pockets of terrorists in the country.
abuja Aso Rock Juma’at prayers Muhammadu Buhari National Mosque presidential villa
Share. Facebook Twitter Pinterest LinkedIn Tumblr Email