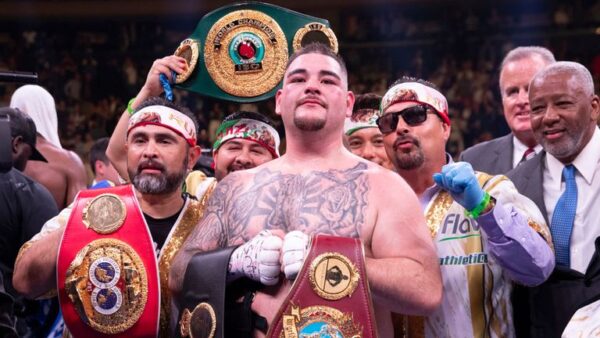 Andy Ruiz Jr has admitted that his excessive partying following his victory over Anthony Joshua in June cost him in the rematch.
Ruiz, to widespread shock, beat Joshua in Madison Square Garden on June 1.
However, Joshua secured an unanimous points victory in the rematch in Saudi Arabia on Saturday night, with the British boxer reclaiming the IBF, WBA and WBO titles.
Ruiz was unable to give a good account of himself in his rematch and admitted that three months of partying had taken its toll.
Speaking after the fight, Ruiz said: “I don’t want to say three months of partying didn’t affect me because it kind of did.
“I just want to learn from this mistake. I am glad I learnt it when I am young.”
Following his victory over Joshua in June, Ruiz bought a mansion in California and amassed a car collection worth £785,000, as reported by The Sun.
There have been calls for a third clash between Joshua and Ruiz, but the latter would certainly have to be in better shape for another rematch to be worthwhile.

Serena: I was ‘nowhere near’ Coco’s level at 15