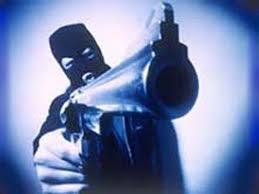 The Islamist group, Ansaru, has claimed responsibility for the kidnapping of a French engineer in Nigeria.
In a statement sent to journalists, the group said it “announces to the world, especially the French government, that it was responsible for the abduction.”
The engineer was named as Francis Colump, 63, of French firm Vergnet. Nigerian officials have not commented on Ansaru’s claim.
Mr. Colump was snatched from a guarded compound in Katsina State last week.
About 30 gunmen took part in the attack in which a security guard and a neighbour were killed.
Vergnet, which has a wind power project in Katsina, has confirmed the kidnapping.
French President Francois Hollande said on Friday that a group allied to al-Qaeda was probably responsible, but did not name any specific organisation.

Mali ‘attack’
“The reason for (Francis Colump’s) kidnap is the stance of the French government and the French people on Islam and Muslims,” Ansaru said in its statement.
The group singled out “the law the government created which prohibits the wearing of niqab (veil) by French Muslim women”.
“This is a denial of their religious rights,” it said.
Ansaru also mentioned “France’s major role in the (planned) attack on the Islamic state in northern Mali”, referring to Paris’ backing for an African-led military force to try to oust Islamists from Mali.
“We inform the French government that this group will continue launching attacks on the French government and French citizens… as long as it does not change its stance on these two issues,” the statement went on to say.
Last month, the British government officially declared Ansaru to be a “Nigeria-based terrorist organisation” aligned with Al-Qaeda in the Islamic Maghreb.
It is also believed to have loose ties with Boko Haram, which has carried out a series of deadly attacks in northern Nigeria in its bid to impose Islamic law in the country.
President Hollande told Europe 1 radio in France that the kidnappers were “probably linked to AQIM or the groups which are today in Mali”.
Islamist groups which are linked to al-Qaeda seized control of the whole of northern Mali, including the historic city of Timbuktu, in April.
“We have to be firm when it comes to terrorism, while at the same time maintaining contacts to free” French nationals, Mr. Hollande said.
Groups linked to AQIM are also believed to be holding several other French nationals kidnapped in Niger and Mali.
BBC.