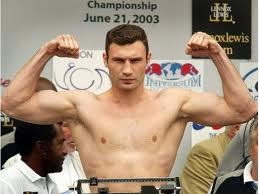 Kyiv Mayor Vitali Klitschko is undergoing a medical examination at an Austrian clinic in the city of St. Johann in Tirol because of a recurrence of an old back injury, his spokesperson Oksana Zinovieva has told news portal LIGA.net.

On January 26, the mayor was taken from Davos, Switzerland, where the World Economic Forum ended, to an Austrian clinic for the survey.

“Vitali Klitschko is undergoing an examination and rehabilitation in Austria. The consequences of an old back injury have exacerbated,” Zinovieva said.

She added that the injury is not related to skiing. “Details are unknown to me. There was no surgery,” she said.

In addition, the spokesperson declined to say when Klitschko will continue fulfilling his mayor’s duties. She added that in this regard, the mayor had postponed his working visit to Oslo.