My ordeal in various US prisons, deportation to Nigeria — Popular Nigerian musician

Two videos, shot by the same person, but in two parts, have emerged, showing the minutes before the confrontation the Ekiti State Governor, Ayo Fayose, had with a detachment of policemen and operatives of the Department of State Services.
The police, in a statement on Wednesday, also gave explanation on why it stationed its officers and men around the Prof. Olusola Eleka Pavilion in Fajuyi area of Ado-Ekiti, the Ekiti State capital.
According to the commentary on the video, Fayose had emerged from the Government House with hordes of supporters, moving towards where security operatives were stationed.
The governor was said to be leading the people in a victory walk around Ado Ekiti.
They were however prevented from going beyond the barricade put in place by the security agents at the Prof. Olusola Campaign Situation Room.
With the push to go beyond it by the Governor and those with him, teargas canisters were shot into the air.
This was latter accompanied by gunshots.
This led to the crowd scampering in the direction of the Government House.
The move by some of those in the crowd to throw stones at the security operatives was rebuffed by some of those present.
Explaining the rationale behind stationing its officers and men at the Prof. Olusola Eleka Pavilion, the police in a statement by the spokesman of the Ekiti State Police Command, DSP Caleb Ikechukwu, said it was to prevent a breakdown of law and order as two political parties were planning to hold their rallies the same day in Ado Ekiti.
Ikechukwu said this was after the police had warned against the parties going ahead with the rallies.
The police, however, did not mention the names of the two parties.
Find attached to this story the full statement by the police. 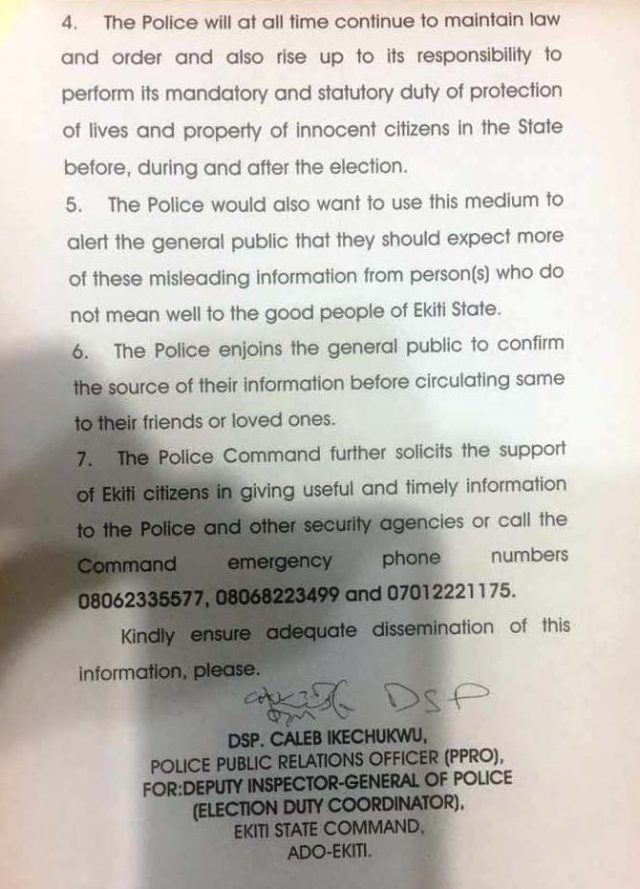 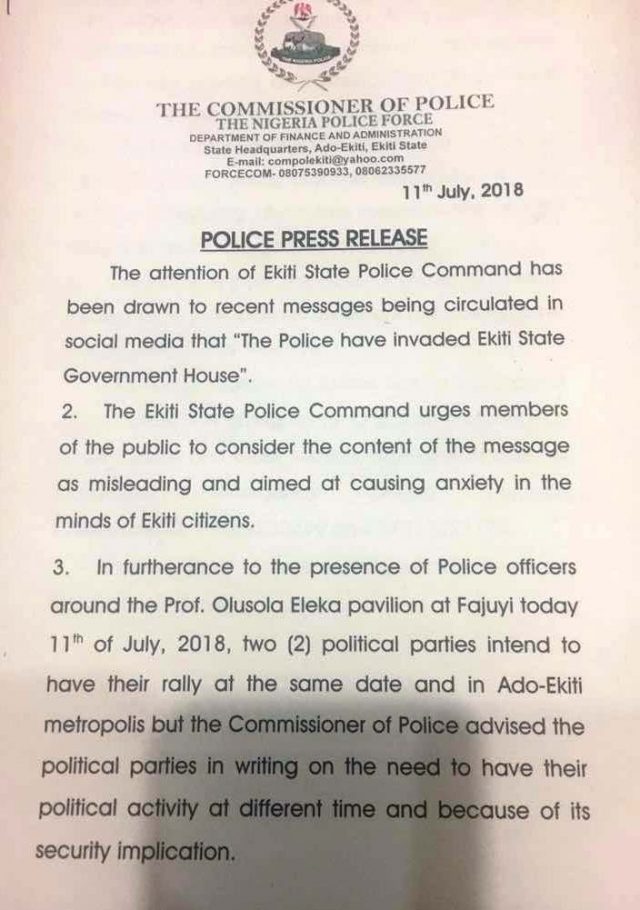 My ordeal in various US prisons, deportation to Nigeria — Popular Nigerian musician

Gov. Umahi, LG boss accused of being behind Ebonyi killings

COVID-19: Lawyer raises alarm over detention of journalist by DSS

Breaking: Delta shoots to number one as Nigeria exceeds 26,000 cases, over 600 deaths

Breaking: Delta shoots to number one as Nigeria exceeds 26,000 cases, over 600 deaths