Access Bank branch in Lagos goes up in flames – LASEMA

The Federal Fire Service says it has successfully extinguished the fire that broke out on Wednesday at the office of the Accountant-General of the Federation in the Federal Capital Territory.
The Spokesperson of the agency, Ugo Huan, in a statement on Wednesday in Abuja, said investigations would commence immediately into the cause of the fire.
“Fire had engulfed the office of the AGF Wednesday morning. No casualty was reported,” Huan said in the statement.
The News Agency of Nigeria reports that the cause of the fire was not immediately known as workers are currently observing the sit-at-home directive of the Federal Government to curtail the further spread of Coronavirus in the country.
However, a combined team of men of the Federal and FCT Fire Services as well as other security operatives successfully put out the fire.
NAN also reports that the building, called Treasury House, is located beside the Federal Capital Territory Police Command in Garki, Abuja. 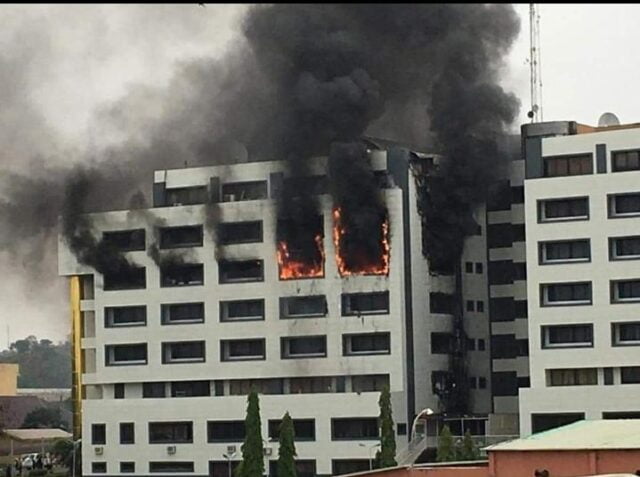 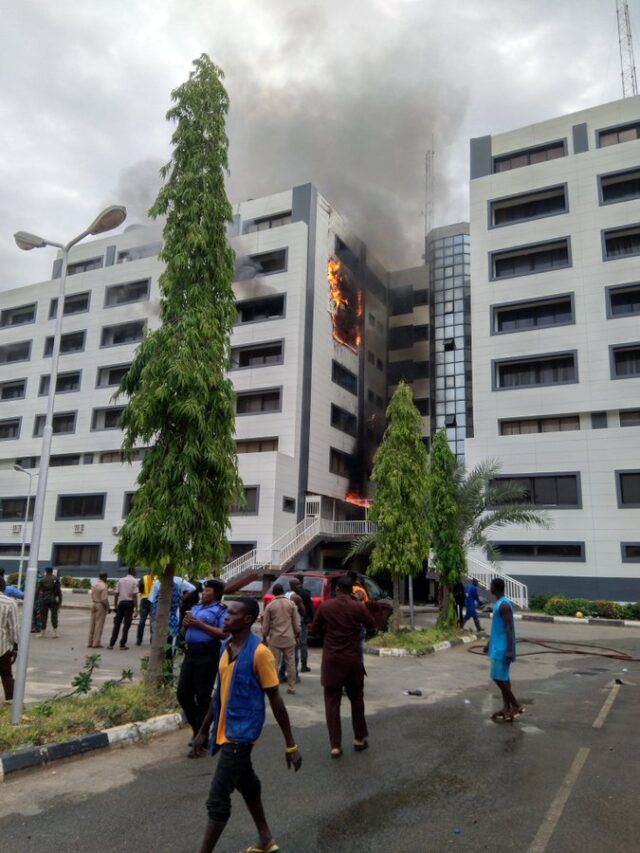 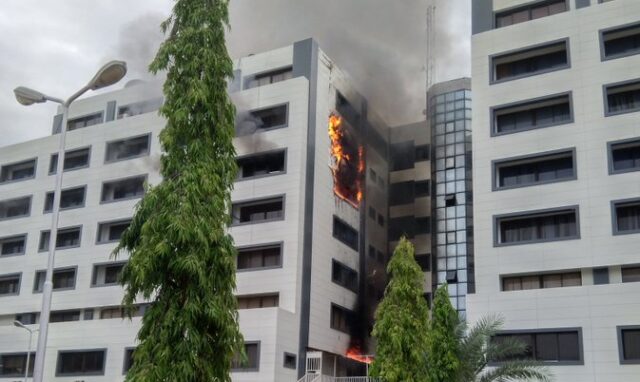 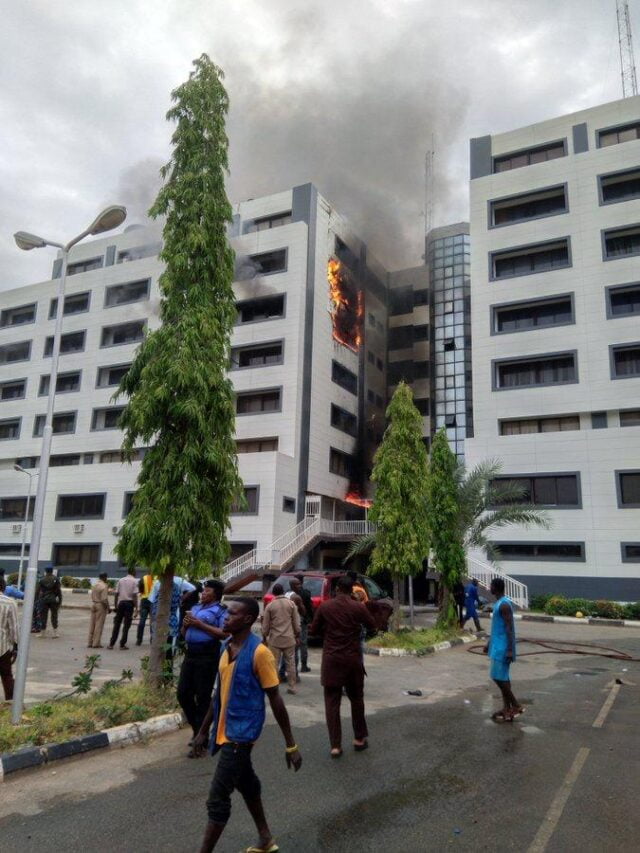 Access Bank branch in Lagos goes up in flames – LASEMA

Kidnappers arrested in Abuja during operation