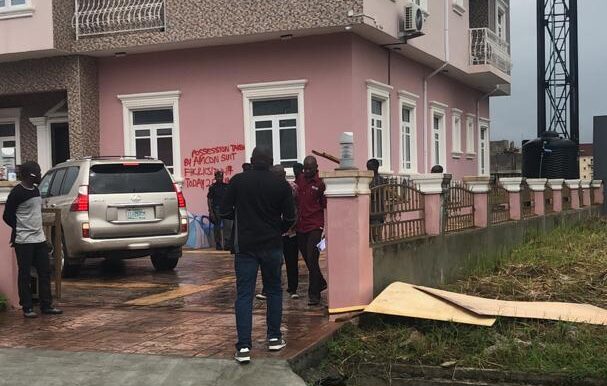 June 25, 2019 was a traumatic day for over 300 families in Victory Park Estate, Lekki Lagos as the Assets Management Company of Nigeria in gestapo style invaded the homes of residents while most residents were at their places of work, leaving their young families exposed to the invasion of over 30 armed policemen and over 50 thugs claiming to be executing a High Court judgement of 2017 against Knight Rook, Grant Properties and the Awosedo’s, all promoters of Victory Park Estate.
According to an eyewitness who craved anonymity: “The Action was carefully planned by the AMCON and its Receiver Manager, Mr. Lanre Olaoluwa, to take place at a time that most Home Owners would be at their places of work.”
Homeowners had to rush back to the Estate when they received distress calls from vulnerable members of their families left at home.
A traumatised resident who also witnessed the AMCON rampage lamented: “One of the families with children ages three and below were forced out of their homes with little or no time to pick any personal effects under heavy downpour and very heavy armed presence.”
He decried such inhumane treatment of hapless victims of high handedness and warned against a reoccurrence.
AMCON obtained a judgement against the promoters of the Estate and seeks to attach the lands and property in the Estate to the judgement debt without taking into consideration existing encumbrances which are lands owned by Individuals and families who purchased their land, built their homes and have been living in the Estate without any notice at the time of purchase of their land of any encumbrances on the land.
There are also no Registered Mortgage and no Caveat at the Lands Registry.
The various Banks that handed over the debt of the promoters to AMCON knew that the promoters were selling the lands to innocent hard working Nigerians who took loans to purchase land in a supposed secured site and Serviced Estate, having done their due diligence at the land registry, one of them said.
The source added: “The Promoters and the Banks are parties to the fraud against innocent Nigerians and now AMCON has degenerated to an Omonile by taking over homes of families and sending mothers and children out of their homes under very heavy armed presence and down pour.
“AMCON is a supposed Agency of Government and must not be seen to exploit the vulnerability of families that genuinely purchased land and built their homes in their Country only to be evacuated from their homes in a gestapo manner. AMCON Act provides that AMCON and its Receiver Manager shall take over Assets subject to existing encumbrances. The judgement against the asset of the promoters should ideally not extend to what no longer belongs to the Promoters. You cannot give what you don’t have.
“Families in Victory Park now live in fear and horror not knowing which family will be next to be thrown out of their homes. A government should not through its Agency treat its citizens like outcasts. The families are vulnerable. AMCON has the instrument of State. The Courts and the Police and now the self help thugs. Who do the citizens, the over 300 young families in Victory Park, who do they have?
“While the Families are seeking legal help, AMCON as a Government Agency is enjoined to immediately call to Order its Receiver Manager, Mr. Lanre Olaoluwa, who happens to be a legal practitioner to desist from the harassment and intimidation of families with the use of armed thugs and heavily armed policemen. 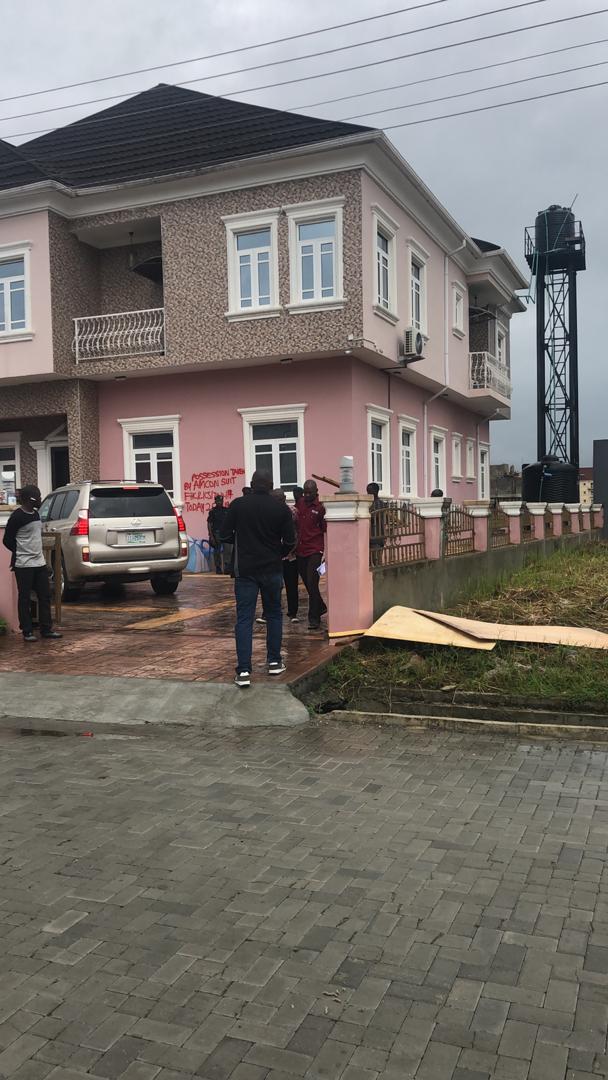