Video of why Tacha was disqualified from BBNaija Season 4 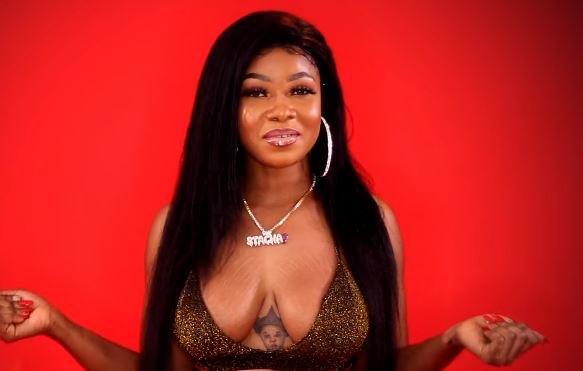 Housemate, Tacha Akide, has been disqualified from the ongoing BBNaija Season 4.
The News Agency of Nigeria reports that the popular housemate was butted off the show on Friday night for violence and intent to harm fellow housemate.
The “Port Harcourt first daughter” had a heated argument with fellow housemate, Mercy Eke, on Friday morning, and pulled her hair twice in an attempt to get physical.
The fight, which started on an unrelated issue, saw both housemates exchange abuses and call each other names, while Mercy struggled to keep her cool.
For not stepping away from a volatile situation, Mercy was issued two strikes.
This means that a third strike would lead to her disqualification.
Meanwhile, Tacha had been issued two strikes earlier in the show, which were waived when Biggie introduced a clean slate.
However, fans have noted that she has had heated issues with almost every housemate since the show began.
Following the fight with Mercy, ex-housemates of past seasons, including Kemen, Khloe, Ifu Ennada and some fans of the show pointed out that disqualifications have been meted out in precious seasons for lesser reasons.
Kemen, who was disqualified in Season 2 over alleged assault shared a screenshot of the BBNaija rule book showing physical assault was a ground for disqualification.
Tacha’s exit from the show comes hours after Cindy Okafor’s surprise eviction.
This brings the total housemate to eight with the show just 10 days from ending.