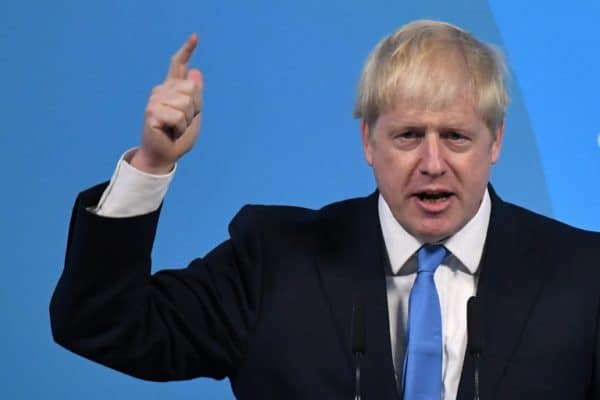 Britain’s economy shrank in November as it went into a new lockdown.

But the decline was smaller than expected as businesses adjusted to social distancing and schools remained open, making a double-dip recession less likely.

The 2.6 per cent monthly decline in Friday’s official data was the first since April but less than half the average contraction forecast in a Reuters poll of economists.

The scale was also far smaller than April’s 18.8 per cent collapse during Britain’s first lockdown.

“Overall, the growing immunity to lockdowns suggests that the economy is not quite as sick as we thought,” said Paul Dales, chief UK economist at Capital Economics.

The world’s sixth-biggest economy shrank more than its peers in the first half of 2020 and is now 8.5 per cent smaller than it was in February, before the start of the pandemic.

A third, stricter lockdown that began this month is likely to cause Britain’s economy to contract in the first quarter of 2021 when many businesses are facing post-Brexit barriers to trade with the European Union.

“Its clear things will get harder before they get better and today’s figures highlight the scale of the challenge we face,” Finance Minister Rishi Sunak said.

But Britain’s roll-out of vaccines – which has been faster than elsewhere in Europe – was a reason to be hopeful, Sunak added.

Several economists warned that Britain remained at risk of a renewed recession, with the economy likely to shrink in both the final quarter of 2020 and the first three months of 2021.

But others thought a contraction might be avoided in the fourth quarter because November’s restrictions were lifted in December.

BoE Governor Andrew Bailey said this week that it was too soon to say if further stimulus would be needed after the central bank ramped up its bond-buying programme to almost 900 billion pounds ($1.23 trillion) in November.

In April, when many businesses closed temporarily, output was a record 25 per cent below its year-ago level.

November’s downturn was led by services, where output fell 3.4 per cent from October as pubs, restaurants, non-essential shops and many other consumer services had to shut.

Manufacturing grew by 0.7 per cent and construction by 1.9 per cent.

Part of the scale of the damage to Britain’s economy in 2020 reflects a decision by the ONS to take account of disruption to routine medical care and schooling caused by COVID-19, an approach which not all countries’ statistics agencies have taken.

The ONS said this was less of a drag on GDP in November.