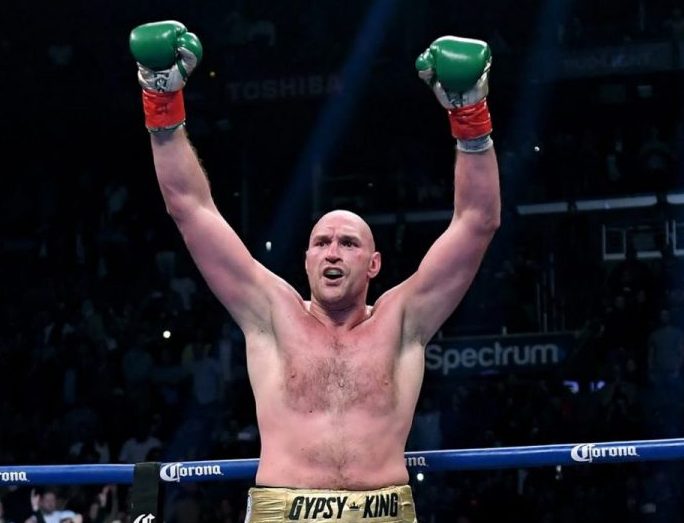 Tyson Fury has announced the birth of his sixth child, who they have called Athena.

The World heavyweight champ, who currently lives in Morecambe with his family, took to his Instagram Stories to confirm the news.

He posted on Sunday: “Please can everyone pray for my baby girl who was born this morning, Athena Fury. God is great.”

Fury, who was initially set to miss the birth of his sixth child with wife Paris due to his fight with Deontay Wilder, was expected to be present following the cancellation of the fight – which will now take place in October. He has recently had his own battle with Covid while in Las Vegas in the US.

Athena is the sixth child Tyson has had with his wife Paris.

They have two daughters named Venezuela and Valencia Amber.

When asked why all his sons have the first name Prince, Tyson declared that he is a king, so therefore they are princes.

It’s believed that Gary will have been interviewing Fury about his upcoming fight against Anthony Joshua for his YouTube channel The Overlap.

Anthony was on The Overlap recently when he said he would fight Tyson, with no belts on line, vowing to “smoke that guy” should they meet in the ring.

WBA, IBF and WBO heavyweight champion Joshua had appeared set for a unification fight with fellow Briton Tyson, the WBC title-holder before a United States arbitrator ordered the latter to have a third bout against Deontay Wilder.

That contest is due to take place in Las Vegas in October, rearranged from this month after Tyson tested positive for COVID-19, while Anthony is now preparing to face Oleksandr Usyk at the Tottenham Hotspur Stadium in September.