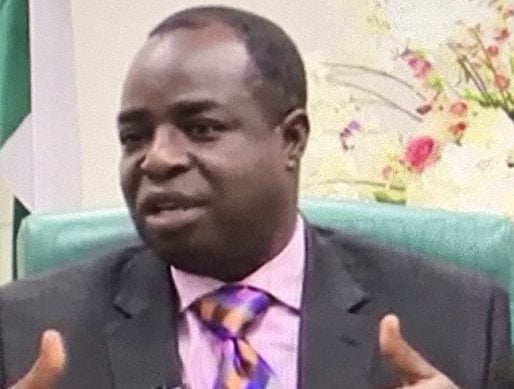 An attempt to Repeal the Terrorism (Prevention) Act, 2011 (as amended) and enact a new Terrorism (Prevention and Prohibition) Act to provide measures for prohibiting and combating of terrorist activities in Nigeria was initiated in the Eighth Assembly in 2018. Even though, I sponsored the private member Bill as the Chairman of the House Committee on Financial Crimes, the Bill itself was substantially, a product of several stakeholders’ meetings initiated by the Federal Ministry of Justice supported by the United Nations Office on Drugs and Crime (UNODC).

The 2018 bill seeks to repeal the Terrorism (Prevention) Act, 2011 (as amended) and enact an Act to provide measures for the detection, prevention, enforcement, combating and prohibition of acts of terrorism as well as the effective implementation of international instruments aimed at preventing and combating terrorism and suppressing its financing.

The Bill, which also seeks to establish an institutional framework such as the Nigerian Sanctions Committee for the implementation, coordination and enforcement of its provisions had several objectives which included the harmonization of the Terrorism (Prevention) Act 2011 and the Terrorism (Prevention) (Amendment) Act, 2013, to correct the numbering challenges in the existing legal framework, provide for enhanced measures for the detection, prevention, combating and prohibition of acts of terrorism and ensure the effective implementation of the international instruments on its prevention, suppression and financing among others and domesticate certain international conventions and United Nations resolutions, which had already been signed and/or ratified by Nigeria in conformity with the United Nations Office on Drugs and Crime (UNODC) Model legislative provisions against Terrorism and the African model anti- terrorism Law, 2011 respectively.

Essentially, the Bill’s provisions were similar to antiterrorism legislations in several other jurisdictions such as the United States and the United Kingdom. Unfortunately, the Bill could not be passed before the end of the Eighth Assembly.  The Federal Ministry of Justice is currently at the forefront of championing new efforts to ensure the passage of the Bill by the Ninth Assembly. Accordingly, the federal laws currently dealing with the complex issue of terrorism in Nigeria today are the Terrorism (Prevention) Act 2011 and the Terrorism (Prevention) (Amendment) Act, 2013 since they are yet to be harmonized into a single legislation.

Section 30 of the 2011 Act, gave the Attorney- General of the Federation the general powers to institute and undertake criminal proceedings on behalf of the Federal Government of Nigeria even though, he may “delegate his power to any agency charged with responsibility of terrorists investigation to institute criminal proceedings against any person in respect of offences categorized” in the Act.  Pursuant to this provision, some of the law enforcement Agencies were responsible for handling both the investigation and prosecution of terrorism cases until recently when the Federal Ministry of Justice took over the casefiles from them and centralized the prosecution of terrorism cases by establishing a complex Casework Group (CCG) in the ministry’s Department of Public Prosecutions. According to a recent publication by the Premium Times, the CCG is currently processing the casefiles of about 800 suspects linked to the Islamic terrorist group, Boko Haram for immediate prosecution in the Federal High Court.

However, scholars all over the world and top terrorism prosecutors share a common believe that terrorism trials by their very nature, are intricate and can be very complex with considerable amounts of evidence which sometimes cut across several jurisdictions. This may also involve the consideration of several difficult legal issues bothering on procedure, conflict of laws “including the protection of witnesses, issues of disclosure and the use of sensitive evidence”. This is why for those involved in the trial of terrorism cases, the stakes are high towards maintaining the delicate balancing between national security and “ensuring the fairness of proceedings at all stages, through proper protection of human rights standards” as an international law obligation” by the State.

For instance, the issue of witness protection which is a very important and critical aspect of terrorism trials all over the world can be found in Section 31 (1)  of the Terrorism Act, 2011 where  the law states in an attempt to protect witnesses that: (l.)The court may, on a motion by or on behalf of the prosecuting agency, protect a witness in any proceeding before it or its own motion where it is satisfied that the life of the witness is in danger and takes such measures as it deems fit to keep the identity and address of the witness secret;  (2) ln particular, the measures which the court may take under sub-section of this section may include: (a) the holding of the proceedings at a place to be decided by the court; (b) avoidance of the mention of the name and address of the witness in its orders, judgments or records of the case accessible to the public; and (c) issuing of a direction for securing that the identity and address of the witness are not disclosed; and (d) a decision that it is in the public interest to order that all or any of the proceeding pending before such a court shall not be published in any manner.

Secrecy of terrorism trials which is another common feature of terrorism trials globally can be found in Section 31(3) of the 2011 Act where the law provides that, “the court may, on motion by or on behalf of the prosecuting agency, in the interest of public safety or order, exclude from proceedings instituted for any offence under this Act, any person other than the parties and their legal representatives”. Surprisingly, the 2011 Terrorism Act did not create a separate Court for the trial of terrorists. The jurisdiction is still vested in the Federal High Court which presumably, is expected to use the same procedure used for the prosecution of other criminal cases in terrorism trials, a significant departure from what is obtainable in several other jurisdictions where in addition to secret trials, Separate Courts such as Military Tribunals are usually used for the trial of terrorism cases.

The legislative intent behind vesting the jurisdiction of terrorism cases in the Federal High Court, a civil Court as opposed to a Special Court with Special procedure similar to Military Tribunals, I believe was to balance the need to ensure fair hearing of the terrorists as well as protect the interest of the general public and protect the national security. Despite the secrecy of the trials which justifications far outweigh the protection of suspect’s rights, the use of the Federal High Court Criminal Procedure in the trial of terrorism cases in Nigeria will avail the suspects, the same guarantee for the protection of their fundamental rights and principles, which are crucial for ensuring a fair trial.

Realizing that the acts of terrorism are tantamount to acts of war, several Western nations including the United States and United Kingdom not only try most terrorism cases secretly by Special Tribunals, they also sometimes adopt special procedures in order to protect national security, public interest and also “achieve a high rate of conviction that would not be achievable in the regular courts, where “due process” is diligently pursued”. In the trial of terrorists therefore, the focus is mainly about “dispensing military justice attendant to a military conflict”, not necessarily (though, important), the protection of the fundamental rights of the terrorists.

In their paper: “Justice for War Criminals of Invisible Army: A New Legal and Military Approach to Terrorism,” Spencer Crona and Neal Richardson (1996), wrote: “The civilian criminal justice system, which entails a trial to a jury of twelve persons who must unanimously agree that a particular defendant is guilty beyond a reasonable doubt, is designed to err on the side of letting the guilty go free rather than convicting the innocent. However, when this nation is faced with terrorist attacks that inflict mass murder or hundreds of millions of dollars damage in a single instance, we can no longer afford procedures that err so heavily on the side of freeing the guilty. Protection of society and the lives of thousands of potential victims becomes paramount.”

In his paper, entitled: “Trying Terrorists – Justification for Differing Trial Rules: The Balance Between Security Considerations and Human Rights,” Prof. Emanuel Gross wrote: “Indeed, the same U.S. Constitution that provides the basis for the entire legal system in the United States and affords constitutional protection to the defendant, deals in the First and Sixth Amendments with the basic guarantees of a fair trial: the right to a trial in open court, a trial by jury, and public review by way of freedom of expression concerning the process. These rights may be justifiably violated (as opposed to being abridged in advance) when dealing with the trial of terrorist suspects. Secrecy is a necessary measure for preserving the integrity of investigations concerning continuing terrorist offenses in order to protect the safety of: persons transmitting information to the Grand Jury and to the government, witnesses, defendants and their families. Consequently, there is a clash between the right to an open trial and the public interest in open legal proceedings on one hand and the public interest in holding proceedings in camera and incorporating other elements of secrecy where the offenses charged are terror offenses. Which interest is overriding in this clash?

“Attorney Mary Jo White (U.S. Attorney for the Southern District of New York), answers this question as follows: Prosecutors and judges must be sensitive to the media and the public’s right of access to the judiciary in international terrorism cases…. At the same time, however, what we would ask is that the media and the public recognize, and even try to accept, that the law protects and needs to protect the compelling countervailing interests that are so frequently present in international terrorism cases: national security; public safety; ongoing investigation; often involving ongoing terrorist plots; and witness safety. Very often, in terrorism cases, the law will strike a balance in favor of greater closure, sealing and secrecy. This may at times frustrate the media. But that, in my view, is a necessary and lawful price to pay.” (Emmanuel Gross, id).

No doubt, secret trials of terrorists and the use of special procedure for the protection of witnesses were inspired by the need to protect public interest and national security. An open trial many scholars have argued, may end up providing the terrorist a free platform to spread their prohibited ideologies, disseminate noxious ideas, renew their resolve to sow seeds of discord and continue to instill fear of insecurity in the general public. Prof. Gross gave the case of Zacarias Moussaoui, one of the planners of September 11 attack who was also supposed to be one of the airplanes high jackers as a good example of where the terrorist used the open trial as a platform to advance their views.  According to the Gross, “during his trial, the fear that the public trial process would be misused bore fruit. Moussaoui waived his right to representation by counsel and instead of concentrating on conducting his defence, chose to make political speeches with the aim of broadcasting his views”.

Accordingly, in a conflict between the protection of the rights of the terrorist through the open trial and the need to protect the public interest, national security and that of the witness, sovereign nations often consider the latter above the former.

. Oladele was a former Chairman of the House Committee on Financial Crimes in the 8th House of Representatives.