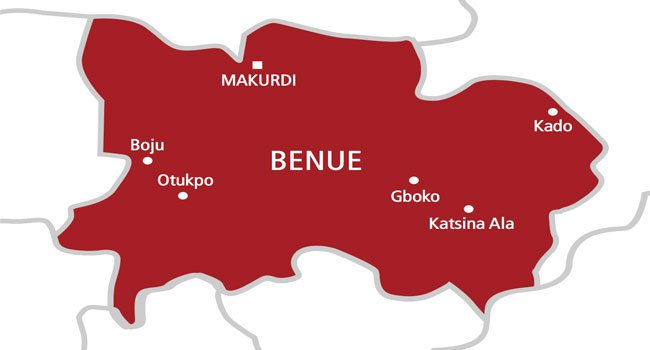 The Benue State Police Command on Friday said it arrested 16 suspected cults members in connection with several killings in the state.
The State Police Public Relations Officer, DSP Catherine Anene, told the News Agency of Nigeria in Makurdi that the mode of the homicide has links with cult killings.
Anene said the arrests of the suspected cultists was over a period of three weeks, adding that the command had deployed officers in strategic areas to forestall further killings in the state.
According to her, the command had also held a roundtable discussion with stakeholders concerning the sudden rise of cult activities in the state and solicited information to execute arrests of those behind it.
She said: “In the past three weeks, there were killings that our investigation reviewed were cult related.
“Our investigation revealed that there was a clash between cults groups and even the modus operandi of those killings communicated to us that they were cult killings.
“Twelve cultists were arrested and they had confessed to the crime though some denied. “We later got four from Gboko in connection with the killings.”The PPRO explained that there were other deaths recorded that appeared more of accidents than homicide and the command had initiated full investigations into such deaths.
Anene said the command was waiting for the autopsy reports of a man, his wife and son found dead in Northbank, Makurdi to determine the next line of action.
Anene also said that Operation Puff Adder had curtailed kidnap activities in Gboko and parts of Katsina-Ala.
She said the security operation had foiled two kidnap attempts in Katsina-Ala and Gboko Local Goverment Areas.
The PPRO appealed to members of the public to take security business seriously to prevent criminals from having their way in the society.
She said: “The Police are doing their best but if people becomes careless because the Police are working, criminals will take advantage of their carelessness to commit crime.
“Sometime in August some young men were arrested they claimed that they were hosting a party but behind that party was a cult initiation that was going on.
“So they assembled as if they were doing something legitimate to deceive the general public but behind the assembly they go behind to do what they want to do” NAN.