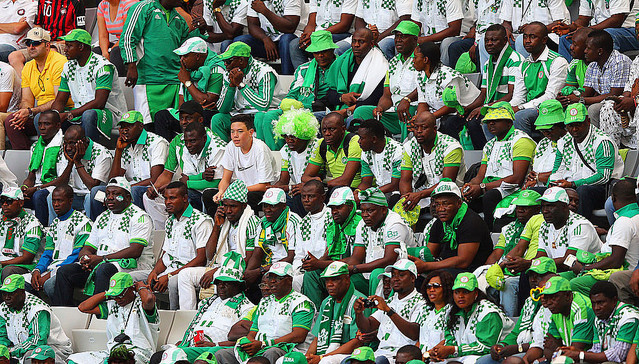 The National Chairman of the Nigeria Football Supporters Club, Samuel Ikpea, has assured that the Super Eagles will never walk alone in their Africa Cup of Nations campaign, slated for Egypt next month.

Ikpea gave the assurance in an interview with a correspondent of the News Agency of Nigeria in Lagos on Monday.

He expressed his optimism that the Eagles would clinch the trophy because of the array of stars Nigeria would be sending to the tournament, scheduled for June 21 to July 19.

He said: “I remain absolutely confident that the Super Eagles have the talent and technical ability to conquer Africa again in Egypt.

“The present squad is a sweet mix of experienced and immensely talented young stars, who would love to reclaim the title we last won in 2013 in South Africa.

“With the likes of Captain Mikel Obi, Ahmed Musa, Chukwueze, Omeruo and others, I believe that with adequate preparations, the team will excel.”

Ikpea said with the proposed incentives by the Nigeria Football Federation and support from the supporters club, the team would go all the way for a win.

He said: “We have mobilised our members both at home and in the diaspora to ensure that we also storm Poland.”

He reassured of the NFSC’s commitment to also encourage and cheer the Flying Eagles to victory in their Under 20 World Cup in Poland.

Ikpea said: “Everyone should be rest assured of our age-long fantastic and motivational singing, drumming and dancing.

“We will be in Poland.

“We have made all necessary arrangements and our Flying Eagles will also not fight the battle alone.

Ikpea said his group was likewise ready to storm France in full force to support and encourage the Super Falcons to greater heights during the Women’s World Cup.

He said: “We hope this time our singing and dancing would help to ginger our girls to do better than the quarter final slot they had achieved before in the tournament.

“All our international members are already prepared to ensure our teams lack no support.”

Twenty-four countries will feature in both the 2019 Women’s World Cup in France and Africa Cup of Nations tournament in Egypt.