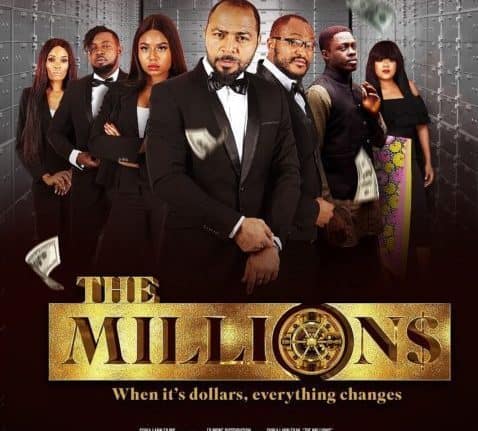 A star-studded Nollywood thriller, “The Millions” is set  for premiere  on August 25, its producers have said.
The movie is produced by Chika Lann, ex-international model and TV personality, and it features top Nollywood stars Ramsey Nouah, Blossom Chukwujekwu, Ali Nuhu, Toyin Abraham and Chika Lann among others.
Ace comedian, Ayodeji Makun, popularly known as AY also features in the acclaimed movie, after  high level anticipation from movie lovers across the country on its release date.
According to the trailer released by its producer, the movie will hit cinemas across Nigeria on August 30 after its premiere.
Lann became an internet sensation with her N40 million Avant-garde hairstyle.
The producer said she found it difficult that people do not believe she could spent such amount of money on a hairstyle adding that she can invest in her hair and business at the same time.
“I believe it is my money and I will spend it how I wish. I would repeat it again that my hair is a work of art and it is worth N40 million, Lann said.