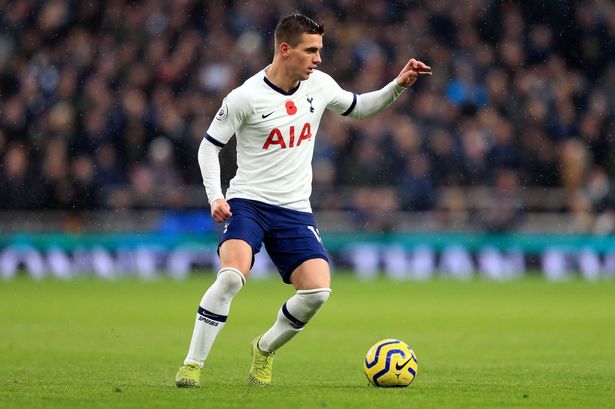 Tottenham have exercised their option to convert the loan signing of Giovani Lo Celso from Real Betis into a permanent deal, the Premier League club announced on Tuesday.
The Argentine midfielder joined Spurs in August on loan but has now signed a contract for a reported fee of around £27 million ($35 million), keeping him at the club until 2025.
“We are delighted to announce that we have exercised the option to convert the loan of Giovani Lo Celso from Real Betis Balompie to a permanent transfer,” Spurs said in a statement on their website.
“The midfielder has produced impressive performances after establishing himself in the team following a hip injury which restricted his playing time in the early part of his loan at the club.”
The former Paris Saint-Germain player has made 20 appearances for Spurs this season, scoring two goals.
Tottenham also confirmed the departure of Christian Eriksen after agreement was reached with Inter Milan for the sale of the Denmark international.
“We wish Christian well for the future,” the club said.
Jose Mourinho’s side are currently sixth in the Premier League, six points behind fourth-placed Chelsea.