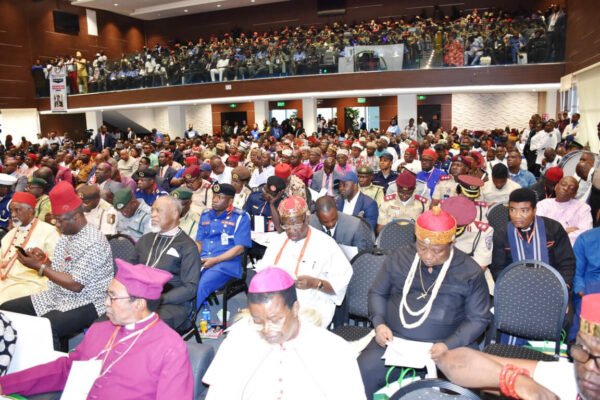 Governors of the South East on Wednesday pledged to support the Federal Government’s community policing initiative meant to involve community dwellers in security network.
The Chairman of the South East Governor’s Forum, Governor Dave Umahi, gave the pledge while reading out the communiqué at the end of the South East Geopolitical Zone Security Summit in Enugu.
Umahi said in reaching the arrangement, the forum took cognisance of the various grassroots security outfits such as Operation Kpochapu, forests guard, vigilance group and neighbourhood watch already in existence in the zone, which operates close to the modal of community policing.
He said: “The state governors have accepted and adopted community policing in bringing policing closer to the grassroots.
“Each state will mandate and ensure that community policing committee made up of traditional rulers, religious leaders, etc will be established in each community to be in-charge of the recruitment of personnel and monitor security developments in the various communities where they exist.”
The chairman said the governors also resolved to improve the capacity of their various community policing security outfits and the governors in synergy with the Nigeria Police would undertake periodic security raids.
He explained the governors had agreed to share intelligence and information on security as well as provide adequate job and skill engagement for their teeming youths.
According to him, there would be quarterly meeting among the governors to review the entire security situation and efficiency of the initiative in collaboration with the police.
Earlier, the Inspector-General of Police, Mohammed Adamu, noted that he instituted the geopolitical security summits due to the increasing complexity of crime and the challenges of policing a vast and diverse country.
Adamu said the meeting would engender public trust, consent and partnership that remained the foundation upon which policing rests.