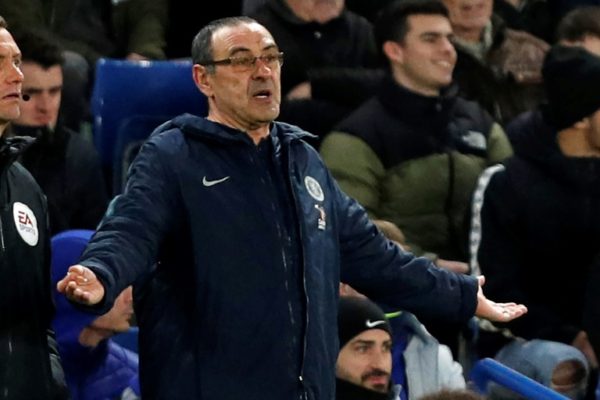 Maurizio Sarri will miss Juventus’ first two Serie A games of the season against Parma and his former club Napoli, as he recovers from pneumonia.
The 60-year-old, who left Chelsea to join Juventus this summer, underwent further tests on Thursday which showed his condition had improved since he was diagnosed with the condition.
Sarri visited the club’s training ground to speak to his staff this week, but the Juventus boss will not be on the bench when the current Serie A champions begin the defence of their league title against Parma on August 24.
A statement from the club read: “Maurizio Sarri underwent further medical tests today, which showed a good clinical course.
“To get a complete recovery from the pneumonia that hit him in the past few days, the coach will not sit on the bench during the first two Serie A games with Parma and Napoli.
“The decision was taken to allow the technician, who even today went to the JTC (Juventus Training Centre) to coordinate the work of his staff, to resume the regular activity as soon as possible.”