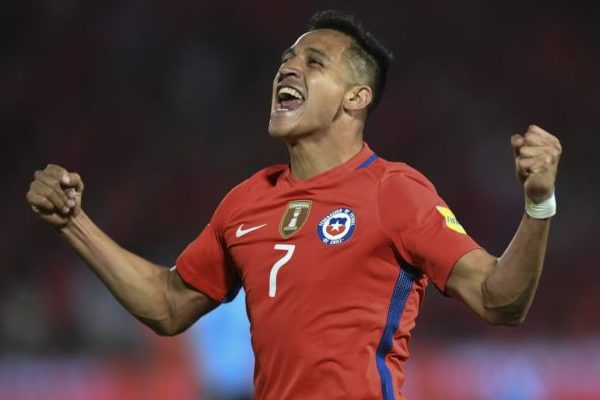 On-loan Manchester United winger Alexis Sanchez has underwent surgery on his left ankle, Inter Milan have confirmed.
The Chilean joined the Serie A side on a season-long loan but now faces an extended spell on the sidelines after picking up an injury during the international break with Chile.
Sanchez suffered damage to his left ankle ligaments and Chile manager Reinaldo Rueda revealed the decision whether to operate or not would lie with Inter.
The Italian side have now confirmed the decision to operate on the forward in a statement on their official website.
“Alexis Sanchez was in Barcelona this morning for consultation with Dr Ramon Cugat,” the statement reads.
“The visit confirmed the diagnosis of the Inter medical staff and the decision was made to proceed with surgery on the left ankle.
“The operation was performed in the afternoon on the peroneus longus tendon and it went exactly as planned.”
Sanchez is expected to be out until at least 2020 while he recovers.