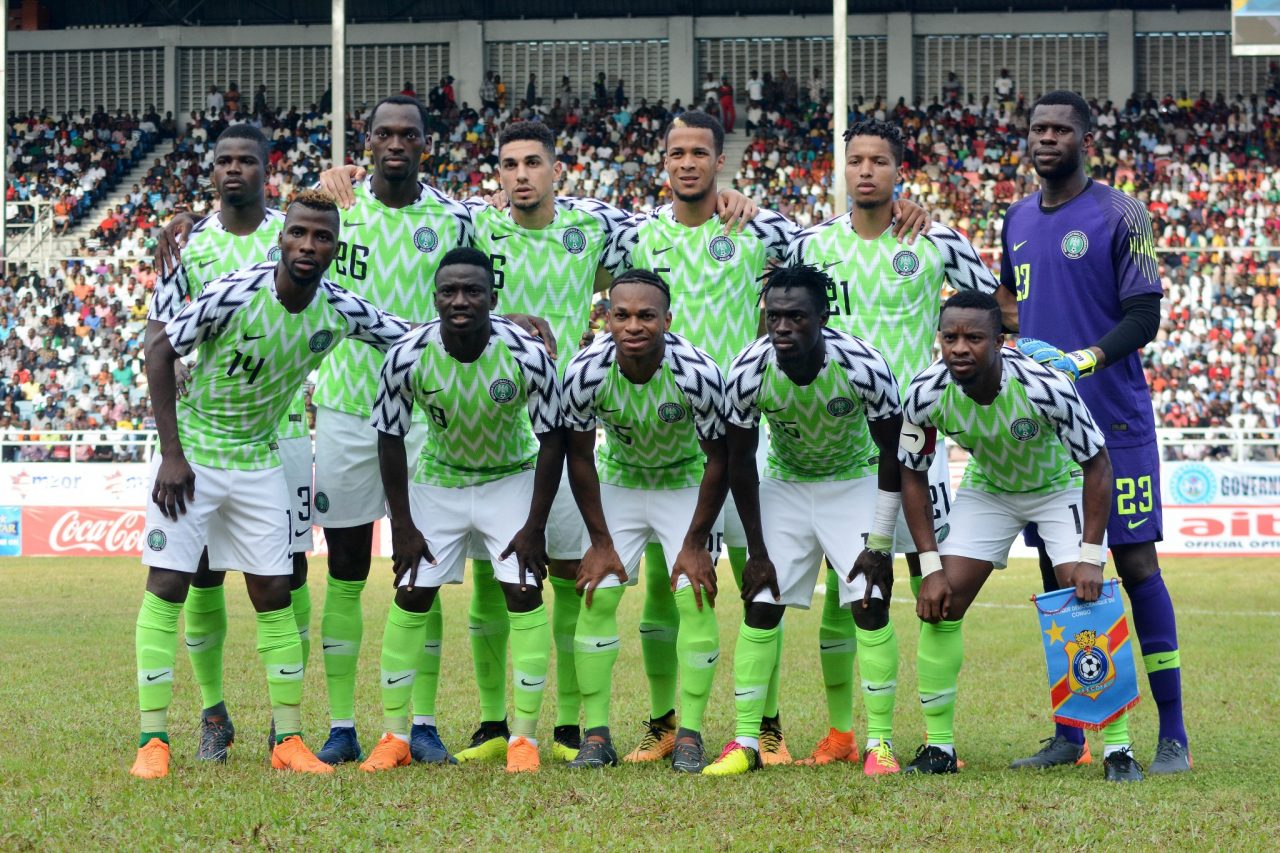 Some Super Eagles players have expressed disappointment at their 1-2 loss to England, assuring that they would correct their flaws before their first match at the 2018 FIFA World Cup against Croatia.
The Super Eagles were lethargic in the first half against England, which saw Coach Gernot Rohr hurl off five players: Ogenyi Onazi, Joel Obi, Shehu Abdullahi, Leon Balogun and Shehu Abdullahi.
The Super Eagles were 2-0 down before the break, courtesy of a Gary Cahill header in the fifth minute and a long range shot from Harry Kane in the 33rd minute.
Alex Iwobi scored the Super Eagles only goal of the game in the 47th minute and was unarguably Nigeria’s best player on the pitch for the entire 90 minutes of play.
Super Eagles right-back, Abdullahi, however said he was confident that the Super Eagles would correct all the mistakes they made before their first match against Croatia.
“Tough game against England… We will work out the flaws… The support was unbelievable, it felt like a home game. #NaijaAllTheWay,” Abdullahi wrote on his Instagram page.
Iwobi expressed gratitude to the Nigerian fans who came out en masse to support the team at the magnificent Wembley ground, adding that the team was eager for great results in Russia despite their loss to England.
The Arsenal player stressed that the team would work hard to improve on their performance.
He tweeted: “Love to all the Naija Supporters that came out Wembley and to all Nigerians supporting around the world.
“Not the result we wanted but we push forward to Russia.”
Deportivo La Coruna goalkeeper, Francis Uzoho, on his part said the Super Eagles gained valuable lessons from the defeat.
Uzoho also thanked the Nigerian fans who backed the team throughout the encounter at the Wembley Stadium.
The former Aspire Academy player has made five international appearances for the Super Eagles and has kept only one clean sheet, conceding five goals.
Uzoho is expected to be Nigeria’s first choice goalkeeper at the 2018 FIFA World Cup in Russia.
“Not the result we wanted but at least we gained something. Thanks to the fans for supporting and cheering us up throughout. In Christ Alone,” the 19-year-old wrote via his Instagram page: @Uzoho4sure.
Super Eagles defender William Troost Ekong admitted that there were lots of positives gained from the defeat to England.
Ekong also praised the Nigerian fans who turned out to support the team at Wembley.
He tweeted: “What a feeling to play at Wembley. Unhappy with the result but a lot of positives and some lessons learned in time for Russia.
“Thanks to all the Naija fans who came to support us.”
Ekong also tweeted a picture of him and the England captain, Harry Kane, exchanging jerseys after the game.
“One for the collection. Nice to see you again [email protected] @SpursOfficial,” he said.
The Super Eagles will face Czech Republic in their final pre-world Cup game on Wednesday before taking on Croatia in their opening game at the 2018 FIFA World Cup in Kaliningrad, Russia.