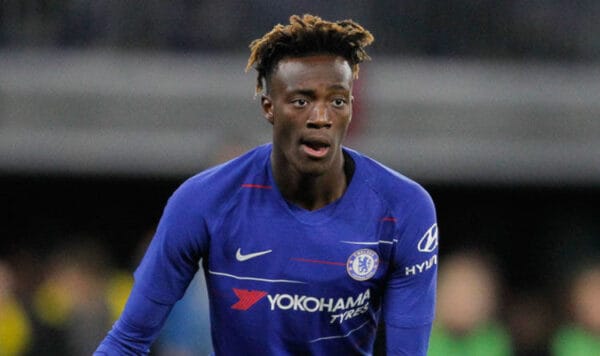 Chelsea have reportedly accepted Roma’s offer of £34 million for striker Tammy Abraham – but have included a buy-back clause as part of the deal.

As reported by Goal, Abraham has spoken to Roma manager Jose Mourinho but has yet to agree personal terms.

Arsenal have also been heavily linked with the 23-year-old, who found himself out of favour with Chelsea boss Thomas Tuchel last season.

Despite Abraham being made surplus to requirements at Stamford Bridge, Chelsea have insisted on a buy-back clause to give them the option to resign their academy product for a fixed fee in the future.

Tuchel admitted some responsibility for Abraham’s “unhappiness” at Chelsea and said he “completely understands” if he wants to leave the club for regular game time.

Speaking ahead of Wednesday night’s European Super Cup final against Villarreal, he said: “Tammy is right now in the squad. He was clearly not happy with the last half a year, he has reason not to be happy and maybe it is also my fault to not push him and not trust him on the level of some other players.

“The situation is what is our plans, does he fight his way back into the team or does he want to change club to have a better chance to be a regular starter which I completely understand.

“It is a normal situation until the window is closed, we constantly evaluate the situation but there is no news now and he is in training today and available to be in the starting 11 or come off the bench.”

Roma’s general manager Tiago Pinto is eager to secure the signing of Abraham quickly, with Arsenal still chasing his signature and Mourinho in need of a new striker after Edin Dzeko flew out this afternoon for his Inter Milan medical.

Dzeko is set to complete his move to Serie A rivals Inter in the coming days in a move worth £4.5 million, replacing Chelsea-bound Romelu Lukaku.

Abraham showed promise in his first full season in the Chelsea first-team, scoring 15 times in the Premier League in the 2019-20 campaign and was joint-top scorer last campaign despite his lack of minutes.

Capped by England on six occasions, he is eager to play regularly as he looks to get back into Gareth Southgate’s squad.