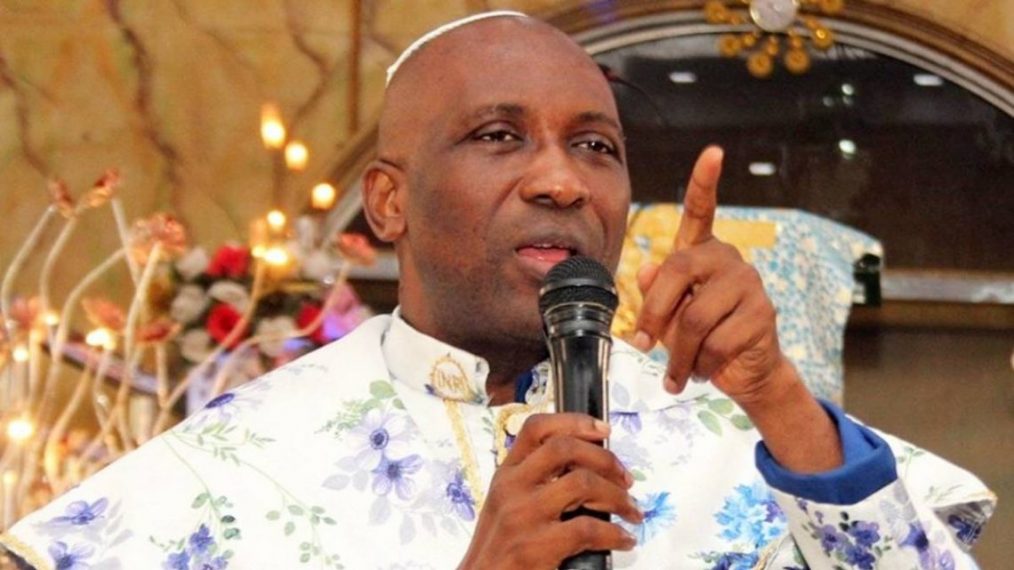 The Leader of INRI Evangelical Spiritual Church, Primate Elijah Ayodele, has released fresh prophecies on the telecommunication, sports and railway sectors in Nigeria and the African continent.

In a statement signed by his media aide, Osho Oluwatosin, Primate Ayodele warned the Nigerian Communication Commission (NCC) against taking steps that will run the telecommunication sector into serious crisis.

He revealed that he foresees another indigenous telecommunication company coming up from the northern region of the country but stated that Glo will always stay afloat among others.

Speaking on Glo, Primate Ayodele predicted that the company has God’s backing and that no amount of scandals will be able to bring it down. He however advised the company to stay focused and courageous as he foresees the company taking over several states in the country and the African continent.

‘’I am seeing another indigenous telecommunication company from a northerner but among all, Glo will still be a leading telecommunication company in Nigeria and Africa. It will have an unusually perfect network service despite the fact that there will be scandals against the company. They should stay focused and firm because God is behind them. Glo will employ more workers. Through Glo, the economy of Nigeria will be transformed. Glo will take over so many states in the country, I see the talking drum symbol everywhere. God has promised the chairman of Glo his protection, no matter the attacks of the enemies, I see Glo soaring.’’

On other telecommunication companies, Primate Ayodele warned MTN against taking wrong steps. He warned Airtel against getting new device that won’t be favourable and 9mobile against indictment.

“MTN must be watchful against steps that will backfire against the company. I see mass retention and inferno, the company should pray.’’

‘’9mobile will have problems in September and October, and they must pray not to be bereaved. Some of their staffers will be indicted.

‘’Airtel is working on a new device, I don’t see it becoming favourable for them.’’

On sports, Primate Ayodele warned the current NFF president, Amaju Pinnick not to be tempted to contest for a third term in office because it will kill the Nigerian football. He predicted that God has ordained Alh Ibrahim Gusau to become the next NFF president and that during his tenure, Nigeria will lift the African Cup of Nations.

Continuing, he asked Nigerians to pray against the death of a Nigerian footballer and death in the glass house.

‘’Amaju Pinnick should not go for a third term, if he goes, Nigerian football will die. The only person God has ordained to lead the NFF is Alh Ibrahim Gusau, he is the best man for the job that can take Nigerian football to glory. If we have Gusau as the NFF president, Nigeria will lift the Nations Cup in 2023. ‘’

‘’Let’s pray not to lose a Nigerian footballer in the field of play. Let us pray so there won’t be death in Glass house, a former player will die.’’

Furthermore, the man of God warned the Nigeria railway corporation; he said he foresees a railway derailment and protest, asking them to be watchful and prayerful.

‘’I see another railway derailment and there will be protest by railway workers in Nigeria, NRC should be watchful and prayerful.’’