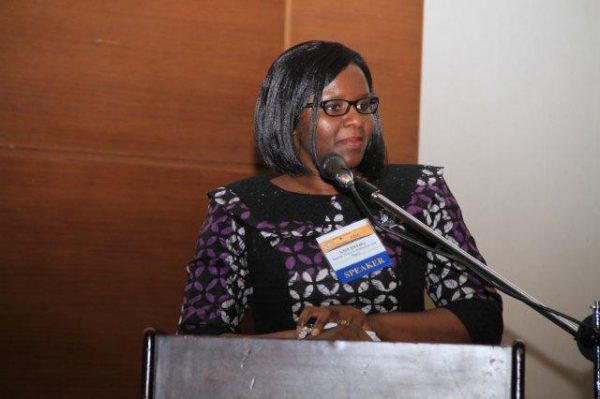 The Special Assistant to the President on Justice Reform, Juliet Ibekaku-Nwagwu, has urged the Independent National Electoral Commission to redeploy Dr. Emeka Ononamadu as Resident Electoral Commissioner in Enugu over alleged bias.
Ibekaku-Nwagwu, who contested the seat of the Enugu West Senatorial District in the 2019 elections on the platform of the All Progressives Congress, made the call in a petition addressed to Prof. Mahmood Yakubu, INEC’s National Chairman.
The News Agency of Nigeria reports that the petition, dated March 13 and signed by the petitioner, was made available to newsmen on Wednesday in Abuja.
Ibekaku-Nwagwu said in the petition: “I write on behalf of Enugu APC Candidates who participated in the 2019 elections, but with particular reference to those who filed petitions against the February 23 Presidential and National State Assembly Election Petition Tribunal.
“On behalf of the candidates, I wish to inform the chairman that we no longer have confidence in the Resident Electoral Commission in Enugu.
“We are by this letter asking for his removal from Enugu state and redeployment of another Resident Electoral Commission to the state.
“It is very disturbing given what transpired during the election where the Peoples Democratic Party (PDP) and Enugu State Government officials were used as INEC Adhoc staff.”
According to Ibekaku-Nwagwu, Ononamadu is allegedly presently colluding with her opponent in the National Assembly election, Senator Ike Ekweremadu of the Peoples Democratic Party, to further rob her at the tribunal.
Ibekaku-Nwagwu’s petition is titled: “Petition against the use of Senator Ike Ekweremadu’s law firm as INEC’s Legal Representatives in the suit filed by APC Candidates in Enugu Election Tribunal and Request for Redeployment of the REC.”
It said further: “Our attention has been drawn to the fact that INEC hired Mr Peter Eze, Managing Partner of Eze, Ekweremadu law firm based in Enugu and Abuja to represent it in the Enugu State Election Petition Tribunal.
“Find attached, documents confirming that Eze is not only a partner in the law firm, but that in the absence of Ekweremadu, he has been managing the law firm.
“This is not only a conflict of interest given that Senator Ekweremadu is one of the Candidates that contested the Enugu West Senatorial District election on the platform of the PDP petitioned against.
“Sir, you may further recall that lawyers of APC candidates had petitioned you through Vinyuch law office in March 29 requesting that you investigate Ononamadu for his palpable complicity in the mismanagement of the election in Enugu.”