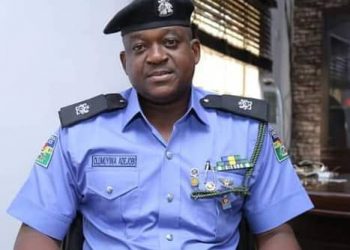 A 31-year-old pregnant woman, Rose Etunmisen, has demanded justice over the gruesome murder of her husband by hoodlums at Oke-Eletu community at Ijede, Ikorodu Lagos State.

The News Agency of Nigeria gathered that Ifeanyi Etunmisen was murdered by suspected hoodlums who invaded the premises of Oluwatosin Onamade, an All Progressives Congress (APC) chairmanship aspirant for Ijede LCDA, on Friday.

NAN learnt that the hoodlums also injured one Oluwafemi Onamade who is currently receiving treatment at an undisclosed hospital.

“At about 7.30 in the evening, my landlady called me and broke the news of the death of my husband to me through a friend.

“I want justice to be done, I am pregnant and about to deliver, Nigerians and Lagos State Commissioner of Police should come to my rescue.
“The CP should not allow me to suffer this injustice because my husband has gone for ever,” she said.

According to her, the deceased was a domestic staff on the premises where he was murdered by the hoodlums.

Speaking on the incident, Onamade said he was the target of the attack.

“The hoodlums attempted to kill me but in the process, they started shooting sporadically and Ifeanyi was killed by stray bullets.

“My sibling was severely injured by the bullets and is currently in coma, the hoodlums carted away the sum of N1.7m meant for a client.

“I am calling on the Acting Inspector General of Police to come to my aid to unravel this mystery,” Onamade said.

“We have a case reported to the police in Ijede and the Commissioner of Police has directed that the case be transferred to the State Criminal Investigation Department (SCID), Panti, for proper investigation.

“We cannot be judgmental at this stage, we need to widen the scope of our investigation to unravel the incident.

“We are on the case and we will get to the root of the matter,” said the spokesperson.