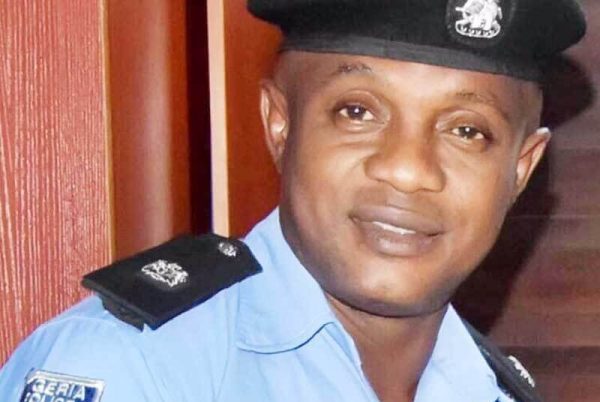 Some of the policemen attached to the Special Anti-Robbery Squad are currently on trial for maltreating a member of the public in Lagos.
The spokesman of the state police command, SP Chike Oti, said in a statement that the policemen were arrested following an online news alleging that a man had been shot by some operatives of SARS.
Oti, however, clarified in the statement that the victim was not shot but suffered respiratory blockage due to the tear-gas he inhaled.
The statement said he had since been revived.
Oti also said the attention of the Lagos State Commissioner of Police, Imohimi Edgal, was drawn to the incident in an online news credited to OAKTVOnline on Instagram.
The Instagram’s caption said: “A yet-to-be-identified man has allegedly been shot by operatives of the Special Anti-Robbery Squad (SARS) at Chinese town, Ojota.”
Oti said: “Based on this report, the Lagos State Commissioner of Police, immediately, activated the Command X-Squad section in collaboration with the Divisional Police Officer, Ogudu Division, CSP Gbenga Olorunfemi, to fish out the policemen involved in matter.
“Their findings revealed that the victim by name, Ademuwagun Temitope Solomon, was not shot by operatives of the Special Anti-Robbery Squad (SARS) as reported by the online media.
“He suffered from the inhalation of tear-gas spray, a.k.a pepper spray, occasioned by a neighbourhood police patrol team attached to Area-H- Command, Ogudu, Lagos.
“The infamous patrol team led by Insp. Momoh Sulaiman and was assisted by Sgt. Monday Emmanuel.
“The victim had been revived.
“However, the investigating team had arrested and detained the policemen involved on the orders of Edgal.’’ Oti said.
The spokesman added that the trial of the policemen would start today.
“And if found guilty of offences of incivility to a member of the public and unlawful exercise of authority, they may face punishment as severe as dismissal.” Oti added.