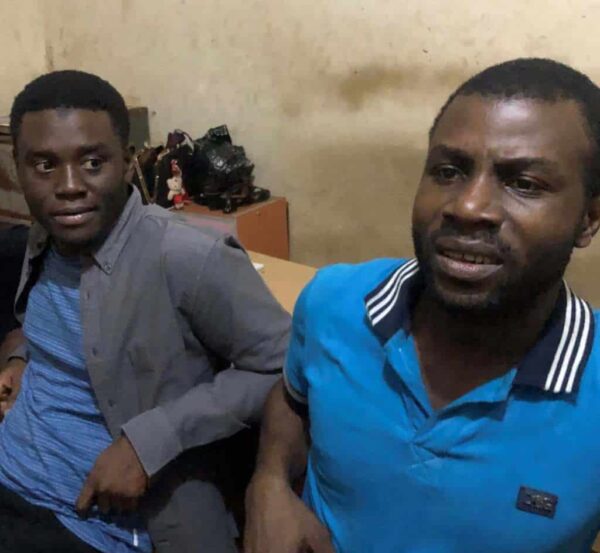 The arrested Editor and webmaster of NewsDigest, an Abuja-based online newspaper, Gidado Yushau and Adebowale Adekoya, have been released by the Kwara State Police Command.
This was after they were thoroughly quizzed for publishing an investigative report in May 2018.
The Chairman Board of Directors of Image Merchants Promotions Limited, Publishers of PRNigeria, Dr. Sule Yau Sule, made the disclosure on Thursday morning.
IMPR is the parent company of the NewsDigest.
Sule said after preliminary interrogation of the two NewsDigest’s workers, both Gidado and Adekoya were released on bail, but asked to return next Monday with Alfred Olufemi for further questioning.
The story was written by Olufemi, an award-winning campus journalist and investigative reporter, who is a student of one of the foremost universities in Nigeria.
Gidado and Adekoya were arrested by detectives of the Lagos State and Kwara State Police Commands last Friday and Tuesday, respectively.
While Adebowale was picked up in his house in Lagos, Gidado was arrested in Abuja at his Wuye District residence.
They were conveyed to Ilorin early on Wednesday morning by four Police detectives in a blue-coloured vehicle.
Sule said the condition of one of the released staff, who was seriously sick, worsened during the long journeys and detention by the Police.
He said: “There is the need for the released staff to be given urgent and proper treatment, after a thorough medical examination might have been conducted on them.”
The Chairman, who condemned the arrest and detention of the two young men, said whatever reservation the agency may have on any news published, proper and civilised channels are there for a complaint to be made.
He said: “Living in a society where freedom of expression and association is said to be guarded only for the security agencies to trample on such privilege is condemnable and unacceptable.
“There many agencies whose responsibilities are to check the excesses of the media, then why the haste in hauling innocent journalists behind the bar.”
Similarly, the Civil Society Legislative Advocacy Centre said it is worried by the recent but alarming arrest and detention of Nigerian journalists as expressed in a report by Amnesty International.
CISLAC Executive Director, Auwal Musa Rafsanjani, in a release, maintained and reiterated the organisation’s position for social justice and press freedom.
Rafsanjani recalled that Gidado, who is also the anchor of Youth Digest, has been in the forefront of training young investigative journalists on accountability in the public sector, as demonstrated in Campus Investigative Journalists Workshop, where campus students were trained on effective reportage, recently organized by CISLAC in collaboration with Youth Digest.
He said: “This is in addition to the Campus Journalism Awards, where best performing Campus Journalists were rewarded and encouraged in January 2019.
“We are not unaware of the media role in influencing public opinion, shaping political agenda, providing a link between the government and the people, while acting as the government watchdog in advancing good governance.
“We also recall the crucial importance of the media in the promotion of democracy and rule of law; just as media is indispensable for people to be informed and to effectively participate in a democracy.
“It is on this premise that CISLAC will continue to support young investigative journalists to pursue various legal means to expose corruption and illegalities in our society, as this forms the basis of good governance, transparency and accountability CISLAC advocates and upholds.”