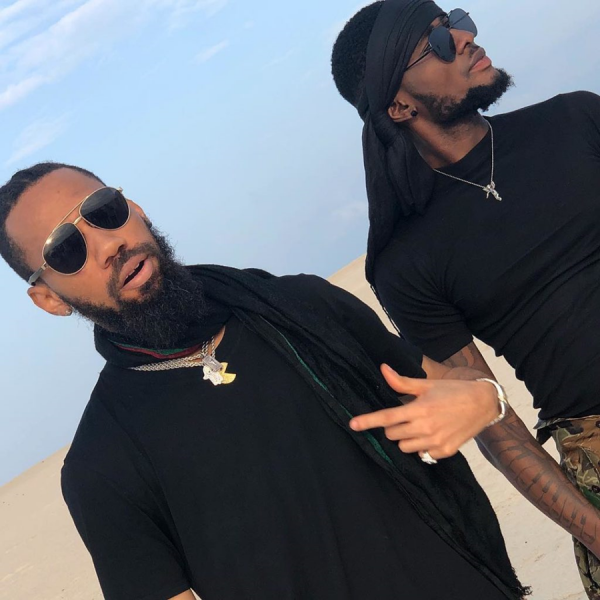 Nigerian singer and producer, Chibuzor Azubuike popularly known as Phyno has released the much anticipated video of the song `Nyem Ego’ alongside Lagos based rapper, Tope Onimowo, aka Phenom.
The ‘Fada-fada’ and `Connect’ crooner on Friday took to his instagram handle @phynofino to inform his fans and followers, “Nyem ego VIDEO is out now fam!!! Phenom X [email protected]’’.
The audio of the song was first released in June.
Nyem Ego is a sentence in Igbo language which means ‘give me money’.
The song saw both phyno and phenom spitting rhymes about how great they are and how much the ladies love them.
Phyno’s ceaseless charisma and the melodious chorus manage to keep the whole song afloat.
The duo had come a long way as Phenom had some time ago featured Phyno in his hit single, Foje Le.
The video was directed by award winning music video director and graduate of Computer Science from University of Lagos, Olalekan Buhari known as Unlimited LA.