Photos, videos of all goals as Super Eagles romp into AFCON semi-finals

Nigeria secured their place in the 2019 Africa Cup of Nations semi-finals after defeating South Africa 1-0 in Egypt on Wednesday.
Gernot Rohr made two changes to the team that faced the 2017 Afcon champions Cameroon in the Round of 16 encounter, which the Super Eagles won 3-2 on Saturday.
Ola Aina was replaced by fit-again full-back Jamilu Collins on the starting line-up, while Samuel Chukwueze ousted fellow attacker Simon Moses.
On the other hand, Stuart Baxter named an unchanged team with Thembinkosi Lorch, who netted the goal which earned Bafana Bafana a 1-0 win over the tournament hosts Egypt, making his second successive start.
The match got off to a lively start with the two teams searching for an early goal, but they could not keep their shots on target in the opening stages of the encounter.
Nigeria’s midfield maestro Wilfred Ndidi’s powerful long-range shot flew over the crossbar, before Lorch placed his effort wide of the target at the other end.
The Super Eagles grew into the match with Collins looking lively down the left-hand side and he was involved when the deadlock was broken in the 27th minute.
Bafana failed to clear away the Germany-based full-back’s low cross and Chukwueze pounced and beat South Africa goalkeeper Ronwen Williams from close range to make it 1-0 to Nigeria.
South Africa tried to respond with a goal and the last chance of the first half went to them, but Lebogang Mothiba’s free-kick was blocked by the wall on the edge of the box.
The score was 1-0 to Nigeria at the interval, thanks to Villarreal CF winger Chukwueze’s goal.
The Super Eagles were the better side after the restart and they came close to doubling their lead through Oghenekaro Etebo.
The diminutive midfielder’s curling free-kick was brilliantly finger-tipped onto the crossbar by SuperSport United shot-stopper Williams as Bafana survived a scare.
Bafana were able to launch promising attacks following the introduction of Themba Zwane, who replaced ineffective Lorch.
Bongani Zungu scored with a header from Percy Tau’s free-kick with the lanky midfielder netting his scored goal of the tournament, but the goal was ruled out for offside.
Match referee Rédouane Jiyed then consulted with Video Assistant Referee and the goal was given to South Africa to make it 1-1 with 19 minutes left on the clock.
However, Bafana lost concentration in the closing stages of the game and they were punished by William Troost-Ekong.
An unmarked Troost-Ekong fired home second half substitute Moses Simon’s corner-kick in the 89th minute to seal Nigeria’s 2-1 victory over South Africa.
The Super Eagles will now take on the winner between Algeria and Ivory Coast in a semifinal clash on Sunday, while Bafana bowed out of the tournament. 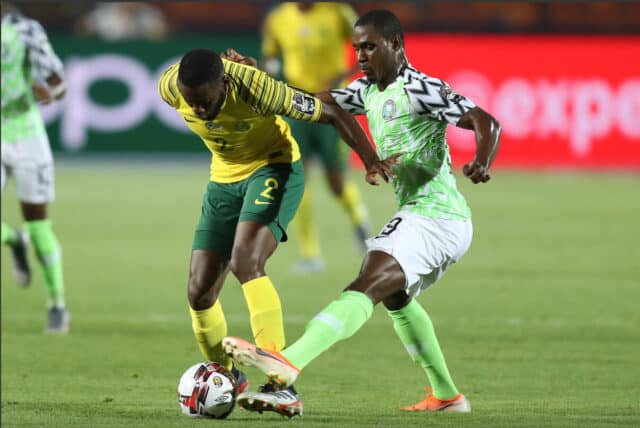 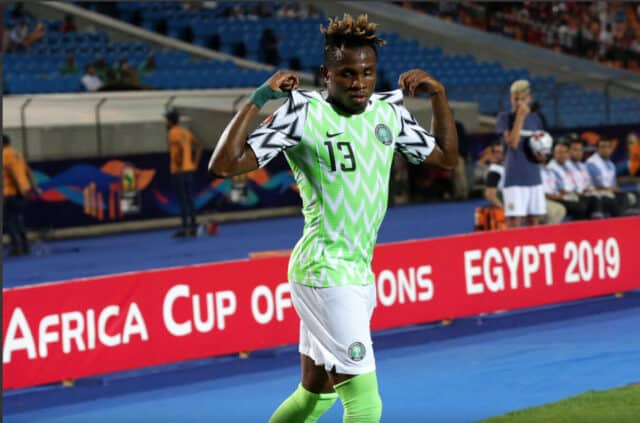 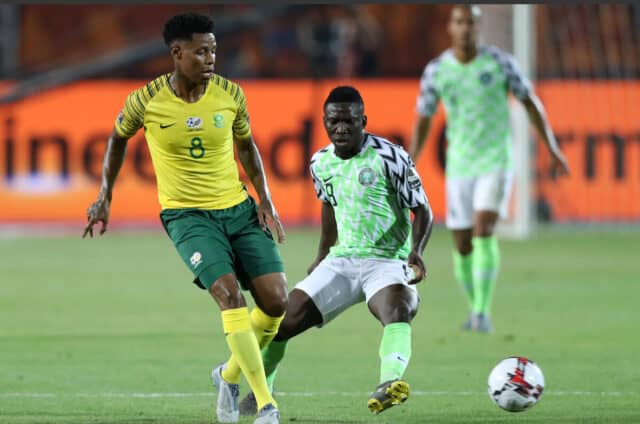 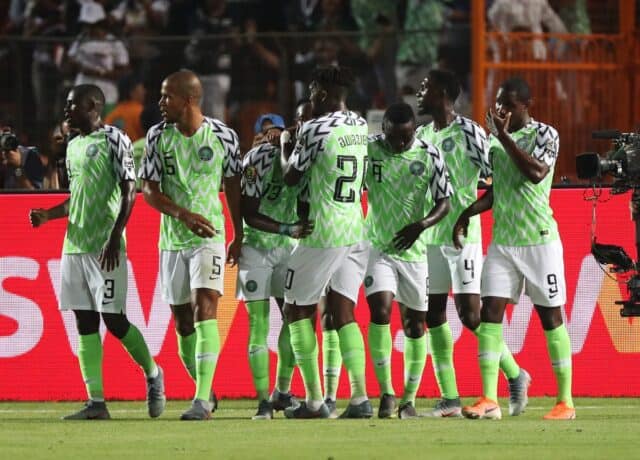 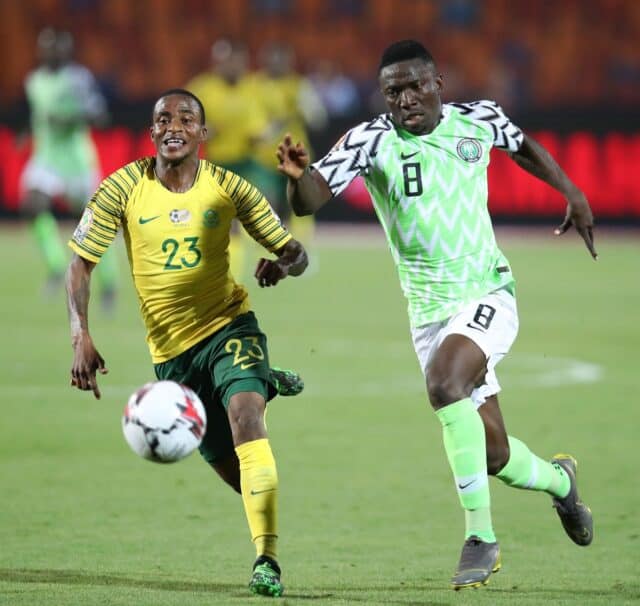