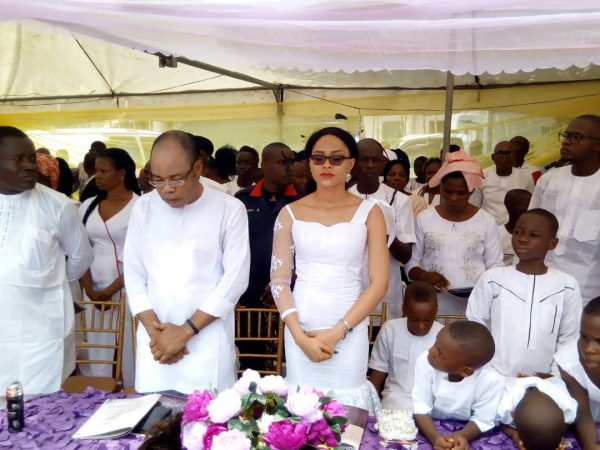 The rural town of Agubata, Echara in Ikwo Local Government Area of Ebonyi State on Friday played host to countless dignitaries across the country as the Ebonyi State Commissioner for Information and Orientation, Senator Emmanuel Onwe, buried his mother, Elder Josephine Nwachukwu.
The funeral service, which was officiated by the Prelate/General Assembly Moderator of the Presbyterian Church of Nigeria, His Eminence Nze Nsi Eked, witnessed great outpour of tributes from family members, the Church and political class.
Governor David Umahi, while consoling Senator Onwe and the family, noted that Elder Nwachukwu lived an honest and fulfilled life as was evident in the character and achievements of her children.
Umahi described Onwe as a reliable, dependable and honest public servant who has brought invaluable innovations to his Government by positively applying his wealth of knowledge and urged the bereaved family to put their faith in God.
While assuring the family of his continued support and that of the entire government of the State, he promised to award more road contracts in Ikwo as a compensation for the commissioner’s continued loyalty.
While paying tribute to his mother, the former Senator noted that all he ever had and would have on earth was eked out for him by his mother through her selfless toils and untold sacrifices.
He described her as an indescribable philanthropist who would prefer to starve in order to feed others.
One, however, thanked God for preserving his mother’s life through the over two decades he sojourned in the United Kingdom pursuing his life dreams.
Onwe said: “Each drop of water that I drank, drink still will ever drink, she extracted, barehanded from the ancient rocks of the African bush.
“With what words will I praise her?
“In what manner shall I salute her?”
Earlier in a homily, Eke noted that the death and resurrection of Jesus Christ has opened the door for Christians to enjoy immortality after bodily death.
Speaking on the topic: “Our Redeemer is Alive,” he drew inference from the Biblical book of Job 19:25-27 and 1 Corinthians 15: 50-58 and urged Christians to always strive to  enter through the right door, which Jesus Christ symbolized.
He assured the bereaved family of God’s ability to provide them help in their times of need.
Other dignitaries who attended the funeral included the former Abia State Governor and senator-elect, Abia North Senatorial District, Dr. Orji Uzor Kalu; National and State Assemblies members of the State; and State Chairman of the Christian Association of Nigeria, Rev. Fr. Abraham Nwali.
Elder Nwachukwu died in August 2018 during a brief illness. 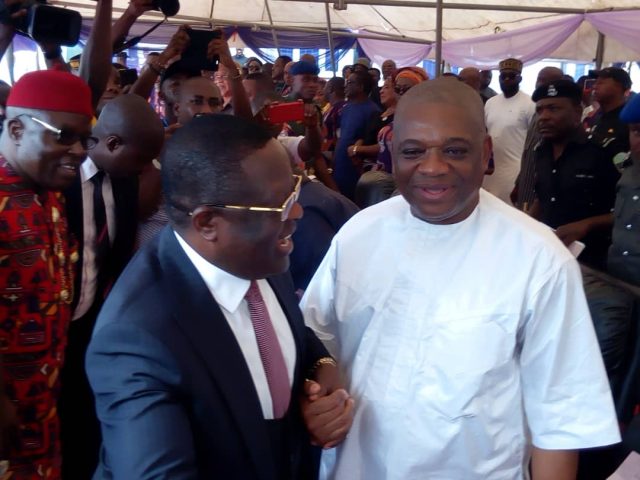 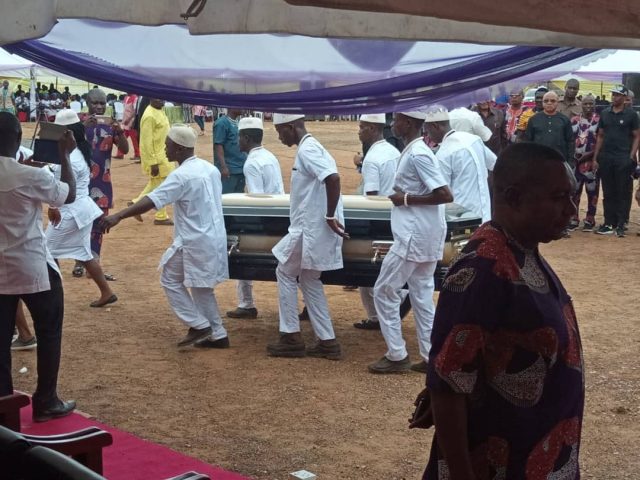 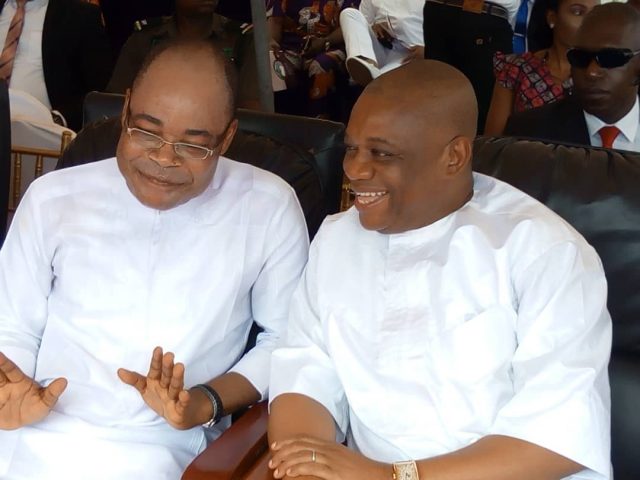 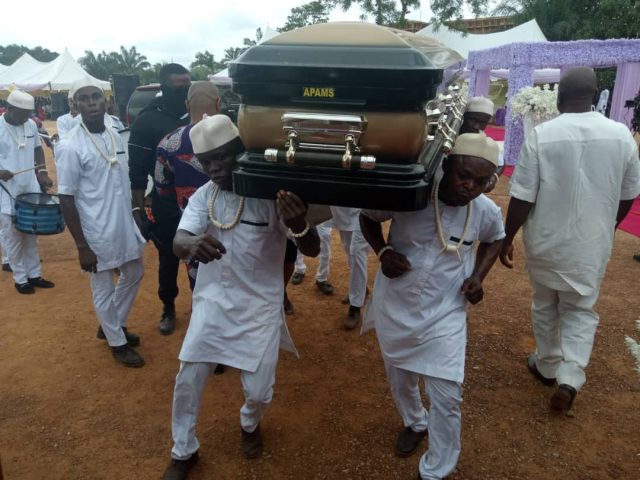 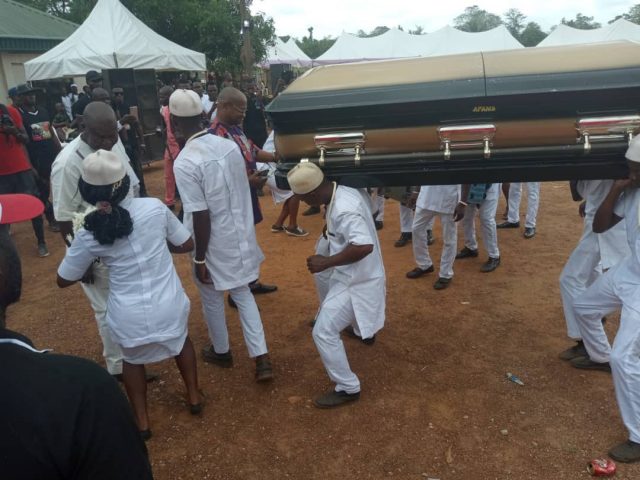