Peter Obi: Changing the narrative of 2023 poll, by Kazeem Akintunde 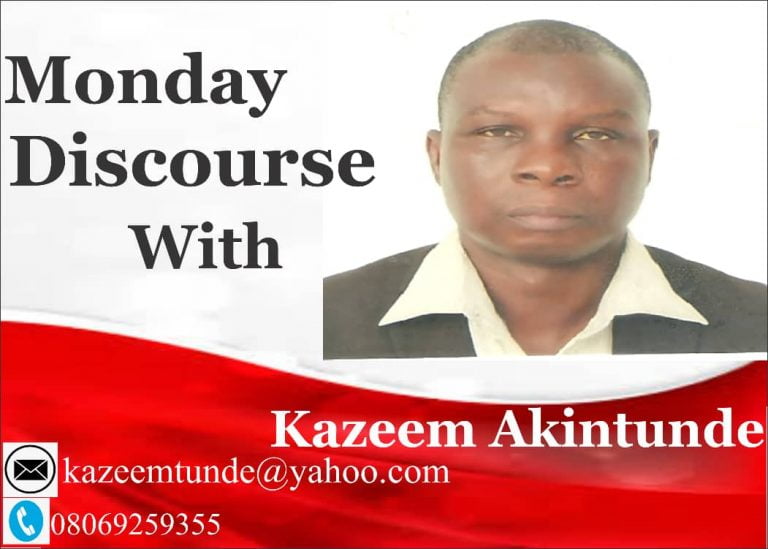 On Monday last week, I had a one-on-one encounter with the candidate of the Labour Party in next year’s presidential election, Peter Obi, when he appeared at the Nigerian Guild of Editor’s Forum in Lagos. He came across as a politician who has an idea of what he wants and how to go about getting it done. His entourage to the forum consisted of just a handful of Labour Party officials and personal aides. According to him, he is not ready to waste money on a large entourage, adding that those that came with him had specific functions that made it mandatory for them to be with him at that particular time. That alone speaks volumes about his personality, which is far different from the entrenched political culture prevalent among top politicians in Nigeria. For over two hours during the meeting, Obi responded to various shades of questions thrown at him and gave a good account of himself with his answers.

He likes quoting figures to back up his claim as well as giving examples of how things are done in other climes.

He seems to have a grasp of what is wrong with the country and how to go about providing solutions to the nagging issues. If elected in next year’s general elections, he promised to hit the ground running from day one by not wasting time in putting together a cabinet that would work with him. Remember that it took President Muhammadu Buhari six months to name his Ministers. As Commander-in-chief, Obi promised to take measures that would put an end to insecurity and sundry issues like banditry, terrorism, and the activities of Boko Haram, kidnapping, the problem of out-of-school children,  which he described as a ticking time bomb, particularly in the North.

Getting Nigeria to become a producing nation instead of a consuming one would receive his attention, while youths and women would get a pride of place in his administration. He is of the view that women make better administrators, and has vowed to appoint more women to his cabinet as he did as Governor of Anambra State. A man known for his frugality, Obi promised to account for every Kobo generated in the country while ensuring that oil theft in the Niger Delta becomes a thing of the past so that the country can earn the much-needed foreign exchange that would boost the strength of the local currency, the naira.

Among the four leading contenders for the number one job in the land, Obi is still a relatively young man at 61, and going by his physical appearance, he seems both mentally and physically fit for the job. He is also without much political baggage as no one has come out to accuse him of embezzling Anambra State money while at the helm of affairs in the state. He is also without any corruption case with neither the Economic and Financial Crimes Commission nor the Independent Corrupt Practices and Other Related Offences Commission.

Again, Obi is from the South East region that has not produced a President, and to ensure equity, fairness, and justice, many Nigerians are supporting his candidature on the basis of this, alone. One of such persons is the acting leader of the Afenifere, Pa Ayo Adebanjo, who at 94 years, joined Obi in Ibadan, Oyo State, last week, to campaign for him, urging Nigerians to cast their lot with the former Anambra Governor.

However, as practiced worldwide, politics is a game of numbers. Obi, being well aware of this, has decided to reach out to all sections of Nigeria to canvass for votes, promising to be a leader that would carry every section of the country along in his government.

But can Obi get elected next year? Does the Labour Party have the structure to give the APC and PDP a bloody nose in next year’s poll? Professor Charles Soludo, the present Governor of Anambra State, believes that Obi does not have what it takes to be the President of Nigeria under the present circumstances. Not hiding his stand, and in an open letter he wrote to Obi recently, Soludo made it clear that Obi won’t win next year’s presidential contest and pleaded with his as his kinsman, to return to the All Progressive Grand Alliance, APGA, the political party through which Obi emerged as Governor in 2008. “Let’s be clear: Peter Obi knows that he can’t and won’t win. He knows the game he is playing, and we know too, and he knows that we know. The game he is playing is the main reason he didn’t return to APGA. The brutal truth and some will say, God forbid, is that there are two persons or (political) parties seriously contesting for president: the rest is exciting drama!

“I have equally told him that victory from the election is unlikely. That is from my heart, but I also told him that my head and facts on the ground led me to know that its probability is next to zero. What I cannot say before you, I won’t say behind you”, Soludo stated, adding a clincher: “I hope that after February 2023, Peter Obi will return to APGA, the party that made him everything he is politically, as I offered him on March 8, 2022, and begin the hard work, if he truly wants to be President of Nigeria.”

Obi, in October 2014, dumped APGA for the People’s Democratic Party, PDP, where he became the running mate in the 2019 presidential election. He was among the PDP’s presidential aspirants early this year, but announced his resignation from the PDP a few days before the party’s presidential primary, saying there were practices in the party that were inconsistent with his “belief and persona”. He defected to the Labour Party, where he eventually emerged as the Party’s 2023 presidential candidate.

Again, Soludo is of the view that Obi’s desperation for the number one job in the land, by jumping from one party to another, would not help him get the presidency in next year’s poll. “Our founding fathers understood that in politics, you don’t get what you deserve but what you bargain or negotiate for, and that you negotiate with your organization and votes. Our fathers built alliances with other major political parties in other regions, not with socio-cultural groups that don’t command any votes.”

As expected, the “epistle” from Soludo angered Obi’s supporters, who have been calling for his head on a platter. Moves are on to discredit his administration in Anambra State and if that fails, they have vowed to teach him a political lesson by ensuring that he does not get a second term. In apparent response, Soludo has also come out to criticise what he described as “social media mob” by Obi’s supporters against him and those who share contrary views and expressed fears that the trend could “endanger the future political and economic interests of the Igbos”.

“The emotions might run to heavens but political power is about cold calculations, organization, and building alliances. In a democracy, it is a game of numbers. So far, I don’t see any of these – and 2023 might again be a wasted opportunity for Ndigbo.”

Indeed, if 2023 is going to be another wasted year politically for the Igbos, it won’t be due to any fault of Obi, but of his supporters, majority of whom are Igbo, who detest whoever does not buy into their rhetoric. Rather than building consensus and reaching out to others on why they should support their candidate, they choose to hound and harass like jackals baying for blood once you express an opposing view. They believe that a non-supporter of their candidate is not fit to exist. This has alienated many people away from Obi’s movement and would be one, if not the biggest sore point that could cost Obi the election.

A good example was the way Nollywood actress, Joke Silva, was treated by many social media users, for campaigning for another presidential candidate on social media. The Nollywood star was called series of names by younger elements some of whom could pass for her grandchildren.

Again, Obi entered the contest a bit late and also chose a relatively unknown party. How many council Chairmen have the Labour party produced in the past? How many House of Assembly members can the party boast of? Does the Party have a sitting Governor? Any member in the combined chambers of the National Assembly? It will be a political miracle of the 21st century if Obi emerges as the President of Nigeria come February 2023. The Labour Party is relatively unknown politically and without solid structures in place.

Although he could spring some surprises during the poll, it would not get him the Presidency, and his entrance into the race may drag the entire contest to a point of not having a clear winner on the first ballot. The projection by the Independent National Electoral Commission, INEC, that they are preparing for a run-off election may actually come to pass, as none of the candidates may secure the mandatory 25 per cent of the votes cast in 24 states as stipulated by the Constitution to win outright. Obi and his Labour Party may become a beautiful bride to either the APC or the PDP after the first ballot and whichever party he decides to support may eventually carry the day during the projected run-off election.

Whichever way the 2023 elections go, Peter Obi has make an indelible mark on the political scene. He should consolidate his achievements next year by building a strong political base across the country ahead of the 2027 general elections. He should sell the party across Nigeria, get known politicians to key into the party, ensure that the party can boast of members in both arms of the National Assembly and win some state’s governorship elections that will prepare ground for a smoother ride in 2027. Being still relatively young, be should be in a better position to retire both Bola Tinubu and Atiku Abubakar from partisan politics in four years’ time.