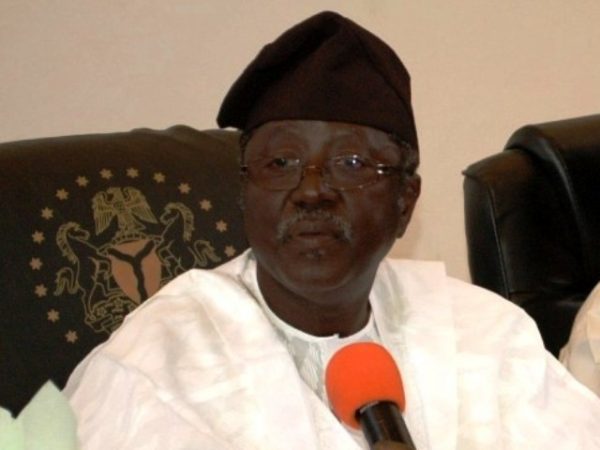 The Chairman of  a faction of the Nigeria Governors Forum (NGF), Jonah Jang has said the quest for the 2015 presidential ticket was responsible for the crises in the PDP and the NGF.

He made the remark at the end of the meeting of the PDP Board of Trustees (BoT) held at the Banquet Hall of the Presidential Villa in Abuja on Wednesday.

Jang, the Governor of Plateau, insisted that he remained the authentic chairman of the NGF and promised to make peace with the other governors keeping away from the meetings presided over by him.
“In a big party such as this, you will expect these crises to happen. PDP is solid and if some opposition thinks they will use our members to break our ranks, they are wasting their time.

“By the time we finish our NEC meeting, PDP will come back stronger,’” he said.

The Secretary of the BoT, Sen. Walid Jibril said the wrangling in the party formed part of the discussion at the meeting.

“Details will unfold at the meeting of the National Executive Council (NEC) on Thursday.

“We discussed matters connected to the progress of our party in preparation for the NEC meeting coming up on Thursday.

“We want to assure you that details of the activity will be properly communicated to you after the NEC meeting,” Jibril said.

He explained that as an advisory body, the BoT cannot enforce its resolution until it is ratified by NEC.