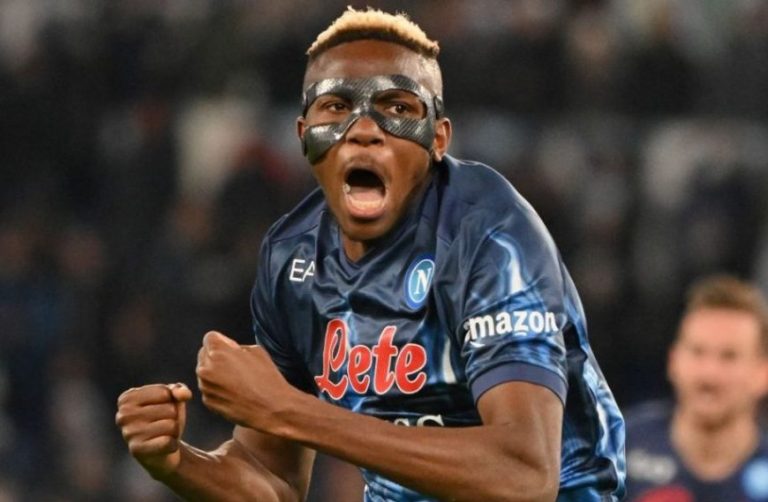 Victor Osimhen has apparently reacted with an Instagram post to growing reports linking him with a move to Manchester United and Arsenal.

The Nigeria international is one of Serie A’s most prolific strikers and a reliable for the soaring Super Eagles.

Despite a cheekbone injury that kept him out of action for nearly two months, the 23-year-old has scored 15 goals in 25 appearances across all competitions this term, meaning one goal every 118 minutes.

His performances have attracted the interest of many Premier League clubs, especially Manchester United, Arsenal and Newcastle United.

The Magpies had a January bid rejected and according to La Gazzetta dello Sport, they’ll make a new attempt at the end of the season.

Manchester United and Arsenal are also monitoring the Napoli star, but the Partenopei won’t sell him for less than €100 million.

Osimhen posted a cryptic social media message on Wednesday where he appears to react to growing reports suggesting that he will leave Napoli for the Premier League in the summer.

“I Focus On My Passion, The Rest Are Just Background Noise,” the striker wrote on Instagram.

Napoli are still in race to win the Scudetto this season and Osimhen’s brace against Udinese on Saturday was decisive to remain three points behind Serie A leaders Milan.