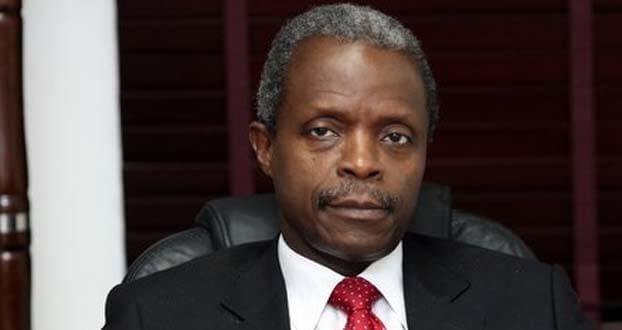 Acting President, Yemi Osibanjo, is to visit Zamfara on Tuesday to inaugurate some projects, Alhaji Lawal Liman, the Chairman, state government’s 7th anniversary committee, has said.
Liman made this known on Friday while inspecting some of the projects to be inaugurated in Talata-Mafara and Bakura local government areas as part of activities to celebrate the 7th anniversary of Governor Abdul’aziz Yari’s administration.
Liman, who is also the state Chairman, All Progressive Congress, said that the projects to be inaugurated included Government Girls College, Talata-Mafara, Talata-Mafara Bypass road and Abubakar Tinau Special Primary School, Mafara.
Others are: the Semi-Urban Water Project in Gamji town and the renovated General Hospital, Bakura.
According to him, over 100 completed projects have been listed to be inaugurated between and November to celebrate the anniversary.
Liman said that President Muhammadu Buhari was also expected to visit the state in September to inaugurate some projects.
He urged the benefitting communities to assist government in maintaining the projects.
The News Agency of Nigeria reports that committee also inspected the 61-km Kaura/Namoda-Birnin/Magaji-Dauran Road and the Birnin-Magaji General Hospital still under construction.