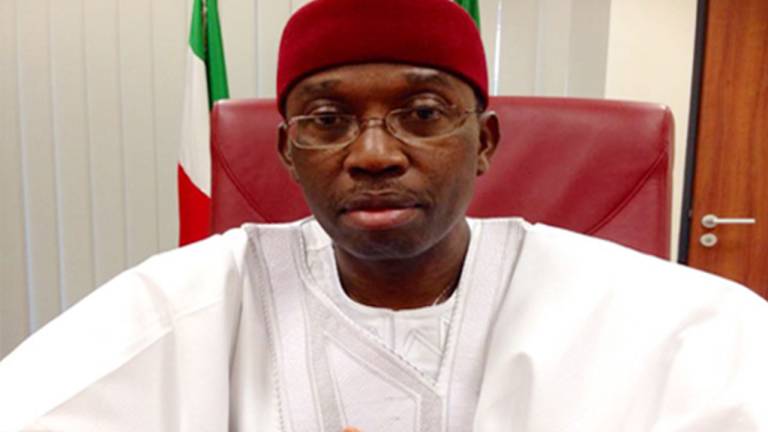 The Delta State Governor, Dr. Ifeanyi Okowa, has told President Muhammadu Buhari to count him not among governors who steal local government allocations.

The Governor spoke in a statement by his Chief Press Secretary, Olisa Ifeajika, issued on Friday in Asaba, Delta State.

The Eagle Online recalls that President Buhari had on Thursday recounted his “personal experience” of how States Governors steal LG funds.

He told members of the Senior Executive Course No. 44 (2022) of the National Institute for Policy and Strategic Studies, Kuru, near Jos, Plateau State, who visited him at the State House, Abuja, that after the governors had taken their share and forced the LG chairmen to sign for the full allocation, the LG bosses then share the rest after paying a few people.

And this, he said, stalls development at the LG level.

But reacting through Ifeajika, Okowa, the vice presidential candidate of the Peoples Democratic Party for the 2023 elections in Nigeria, said: “I want to say that Mr President, as one who has all the information about issues in the country, knows the governors who fall into that category of the so-called ‘thieves’ he was referring to.

“We all know that our own Governor, Dr Ifeanyi Okowa, does not belong there. He was one of the first governors, if not the first, to embrace local government autonomy when it was agreed on just like he did with the judiciary and the legislature.

“He went as far as getting legislation to grant autonomy to the legislature and the judiciary. He allowed them to run autonomously. And, for a man, who allowed these organs of government to have autonomy, he cannot have anything to do with funds belonging to the local governments.

“I repeat that the government of Dr Ifeanyi Okowa, every month, augments the finances of local governments in the state with more than N300 million to make sure they are able to pay their salaries and stay afloat.

“He does that religiously monthly; so, for a man who does that, how can he be among those who steal local government money?

“Our governor is not part of it. You are also aware that the government of Sen. Ifeanyi Okowa recently released N5 billion for pension arrears; N2.5 billion of that was a grant to the local government for payment of pensions.