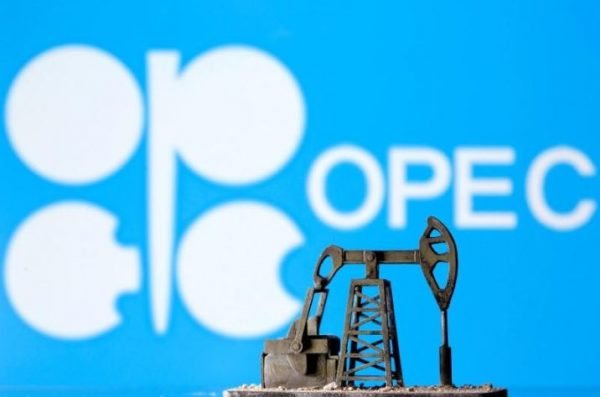 Oil climbed on Monday after major producers agreed to extend a deal on record output cuts to the end of July and as China’s crude imports hit an all-time high in May.

Brent has nearly doubled since the Organisation of the Petroleum Exporting Countries, Russia and allies, collectively known as OPEC+, agreed in April to cut supply by 9.7 million barrels per day during May-June to prop up prices that collapsed due to the coronavirus crisis.

On Saturday, OPEC+ agreed to extend the deal to withdraw almost 10 per cent of global supplies from the market by a third month to end-July.

But Howie Lee, Economist at Singapore bank OCBC, noted that the latest deal had fallen short of market hopes for a three-month extension of output cuts.

He said both benchmarks would require stronger bullish factors to propel prices back to where they were before March 6, when they crashed after OPEC and Russia initially failed to reach an agreement on supply cuts.

“It’s a big gap there; you need a strong conviction to go from $43 to pre-crash levels,” Lee said, referring to Brent being above $50 before the March crash.

Purchases by the world’s largest crude importer rose to an all-time high of 11.3 million bpd in May.

The OPEC+ move to extend cuts to July is, however, expected to lead to a supply deficit by October, aiding prices in the longer run, OCBC’s Lee added.

Market participants are now eyeing compliance among OPEC members such as Iraq and Nigeria, which exceeded production quotas in May and June, for trading cues, analysts said.

Libya’s supply could also rise soon as two major oilfields have reopened after months of a blockade that shut off most of the country’s production.

Even as oil prices recovered, they are still well below the costs of most US shale producers, leading to shutdowns, layoffs and cost-cutting in the world’s largest producer.

The number of operating US oil and natural gas rigs fell to a record low for a fifth week in a row in the week to June 5, according to data from Baker Hughes Co.

Nearly 30 per cent of the US offshore oil output was also shut on Friday as tropical storm Cristobal entered the Gulf of Mexico.

The storm weakened to a tropical depression on Monday morning.

Higher oil prices could invite the reinstatement of supply, notably the US shale, that was planned to be shut-in in June and July, BNP Paribas’ Harry Tchilingurian said.

“The resumption of output … may moderate the pace of rebalancing of the oil market.”