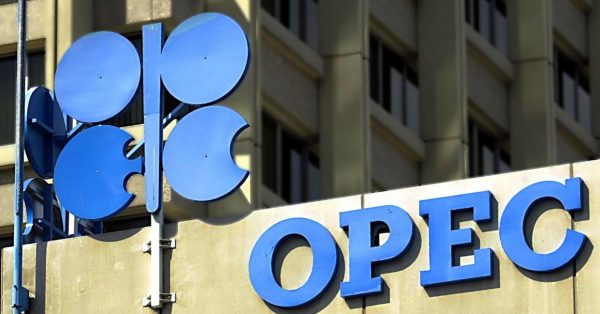 Oil prices rebounded on Tuesday on reports that output from the world’s largest oil producers fell during the third quarter, although a resumption in Saudi supply and demand concerns kept a lid on gains.
Brent crude futures LCOc1 rose 57 cents to $59.82 a barrel by 0852 GMT, while US West Texas Intermediate crude CLc1 was up 59 cents at $54.66 a barrel.
Front-month prices for both contracts posted their largest quarterly falls this year on Monday, hurt by a slowdown in global economic growth amid the US-China trade war.
“Although oil has been given every opportunity to jump well above $70 per barrel due to geopolitical events, the fact that it did not is telling,” Tamas Varga of oil brokerage PVM said.
“It suggests that the market is not concerned about eventual supply shortages but worried about global recession and possibly about supply surplus next year,” he added.
Oil prices are likely to remain steady, with Brent averaging $65.19 a barrel and WTI $57.96 in 2019, as flagging demand outweighs supply shocks, a Reuters survey showed.
Output from the Organization of the Petroleum Exporting Countries fell to the lowest in eight years in September at 28.9 million bpd, down 750,000 bpd from August’s revised figure and the lowest monthly total since 2011, a Reuters survey found.
Output at the world’s two largest producers, United States and Russia, also fell in July and September respectively.
Russia’s output declined to 11.24 million bpd from September 1-29, down from 11.29 million bpd in the previous month, sources said, although it is still above the quotas set in an output deal between Russia and OPEC.
US crude oil output fell 276,000 bpd in July to 11.81 million bpd as federal offshore Gulf of Mexico production slid, according to a US Energy Information Administration monthly report released on Monday.
US production peaked at 12.12 million bpd in April.
News that Saudi Aramco has restored full oil production and capacity to the levels they were at before attacks on its facilities on September 14 weighed on oil prices on Monday.
Saudi Arabia pumped about 9.78 million barrels per day in August.
Meanwhile, US crude oil stockpiles likely rose 1.1 million barrels last week, a preliminary Reuters poll showed on Monday.
Reuters/NAN.