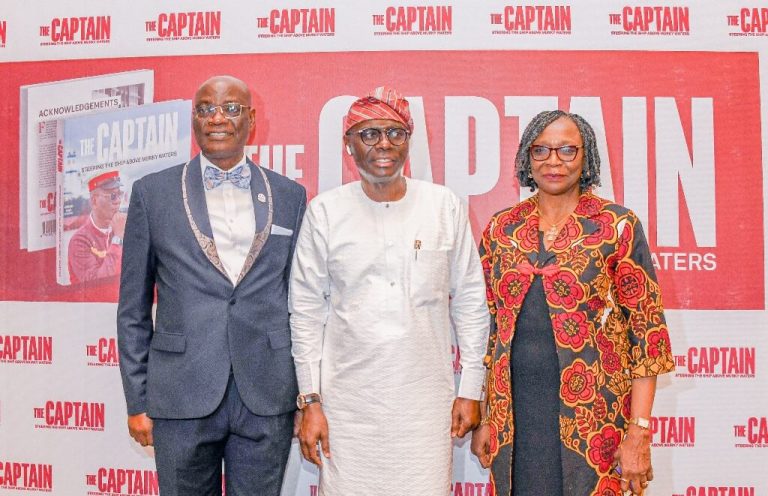 Governor Babajide Sanwo-Olu of Lagos State on Thursday commended the outgoing Vice Chancellor of University of Lagos, Prof. Oluwatoyin Ogundipe, for his leadership in the institution.

He commended Ogundipe during the launch of a book titled: “The Captain, Steering a Ship above the Murky Waters.”

The book was in honour of the outgoing 12th Vice Chancellor of the University.

Sanwo-Olu, who spoke in Lagos, said Ogundipe’s leadership prowess was outstanding, especially during the stormy period of the institution.

According to him, Ogundipe is an astute academician who put the name of the University of Lagos on the map of institutions of repute in the world.

Sanwo-Olu commended Ogundipe, who became a professor at the age of 42, saying that he remained steadfast.

The governor said that Ogundipe was well-prepared for the job of leading one of Nigeria’s foremost universities.

He extolled the virtues of the outgoing VC for not putting his family name in disrepute, and doing his own bit to take the University of Lagos to greater heights.

He said: “As an alumnus, I can testify that in the last five years of his (Ogundipe) tenure as Vice Chancellor, we witnessed meaningful and purposeful governance, administrative excellence and giant strides in the institution.”

Sanwo-Olu applauded Ogundipe and other members of UNILAG management for ensuring a seamless, transparent transition of power to a new Vice Chancellor, Prof. Folasade Ogunsola.

Sanwo-Olu recommended the book to the public.

He said it would be a good read and something that people would learn from.

The Chairman of the event, Chief Yemi Ogunbiyi, said that Ogundipe”s colleagues at the University of Lagos should also be commended for his success.

In his remarks, the Reviewer, Prof. Kola Kazeem, described the book, written by Prof. Ogundipe, as a great resource.

Kazeem said that the book was designed to present several projects, activities and strides in the author’s five years tenure as the Vice Chancellor of the University.